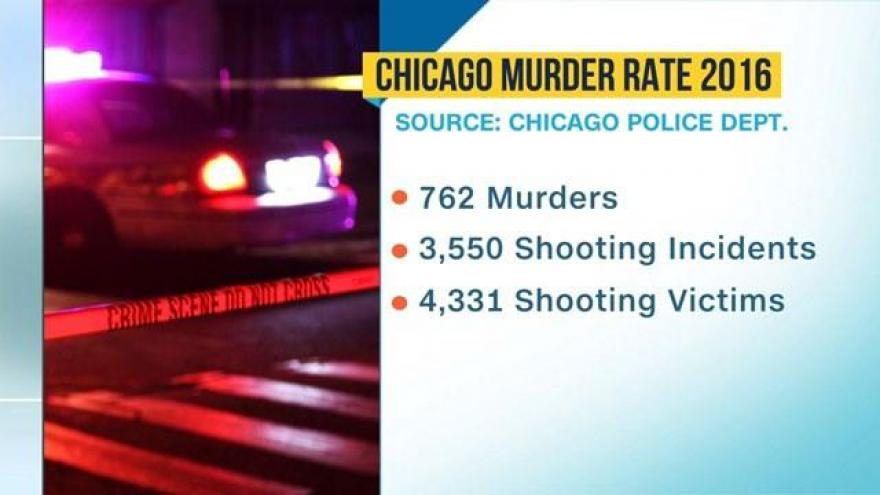 The city saw a surge in gun violence in 2016: 762 murders, 3,550 shooting incidents, and 4,331 shooting victims, according to a statement released by the department on Sunday.

The bloodshed has brought trauma to the lives of thousands of people.

City police investigated 27 shooting incidents, 12 of which were fatal, just in the last week of December 2016.

Attacks on police officers nearly doubled in 2016, which represents a "completely unacceptable rise in violence," the release said. However, it did not state specific figures for attacks on officers.

As part of plan to combat the rising homicide count, the Chicago Police Department will amp up its force in 2017.

In August, Illinois Gov. Bruce Rauner passed a gun control law that imposes stiffer penalties on anyone without a gun-owner identification card who brings a gun into the state intending to sell it.