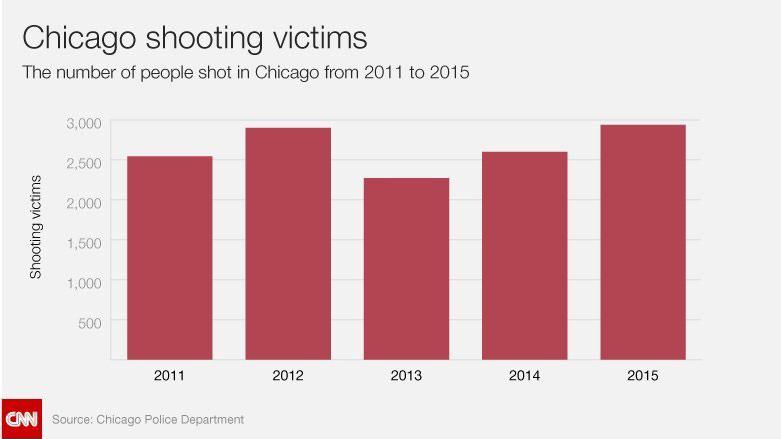 (CNN) -- On Father's Day weekend in Chicago, 12 people were murdered in 54 different shootings across the city.

Among the dead is a 16-year-old boy. The youngest of the injured is just 3, police tell CNN.

This weekend is unfortunately not atypical in Chicago, where shooting deaths this year are on track to be the worst in two decades. Here's a breakdown of a city on the brink of a troubling record.

So far this year in Chicago, there have been at least 281 murders -- an increase of as much as 75% compared to the last five years, according to a report from Chicago police.

Six people were shot and killed, and 42 were injured from gunfire during Memorial Day weekend alone.

In 2015, there were 480 murders in the entire year, according to figures CNN requested from Chicago police.

If murders continue at this rate in Chicago, there will be nearly 550 homicides by the end of 2016.

When it comes to the city's homicide rates, 2016 is the worst start since 1999, when 136 people died in the first three months of the year.

An analysis from The Chicago Tribune says about 1,780 people have been shot across the city this year.