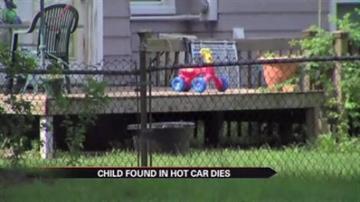 ROMULUS, Mich. -- The heat wave is finally coming to an end but not without a tragedy in Michigan.

Police say a five-year-old boy died after he was found in a hot car in Romulus just outside Detroit.

The boy's grandparents were babysitting him at the time.

Police say his grandfather looked for him outside and eventually found him in the car.

The boy died at the hospital.

Temperatures were in the high 80's at the time but it can be nearly 10 degrees hotter inside a car.

Police say it appears the boy wandered into the car, but his death is still under investigation.