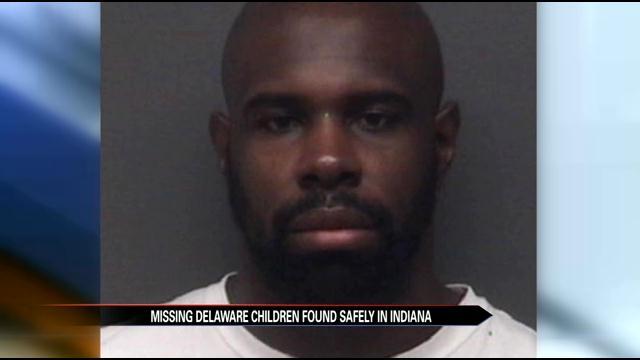 Two children who were the subject of an Amber Alert issued in Delaware were found safe in Jasper, Indiana.

The children and their mother, 35-year-old Keisha Hamilton, have been missing since 10:00 p.m.  Friday.

At approximately 7:00 p.m. Saturday, Delaware authorities informed the Indiana State Police that they had received information that the children, along with their father, were possibly traveling to St. Louis, Missouri.

They also informed troopers that the father, 32-year-old Cortez A. Hamilton, Sr., would be traveling down Interstate 64 in a red 2005 Chevrolet Suburban.

Indiana State troopers, city officers, and county deputies responded to the area of Interstate 64 in an attempt to locate the vehicle.

After catching up to the vehicle, the troopers found that it matched the description of the Suburban and had a Delaware license plate.

The troopers pulled the vehicle over, without incident, and placed the driver, Hamilton, Sr., in custody. Colette and Cortex Jr. were found safe in the vehicle.

On Sunday, the Indiana State Police stated that Cortez Hamilton had been arrested and charged with two counts of Endangering the Welfare of a Child and one count of Assault in the Second Degree with Serious Bodily Injury.

Hamilton's two children have been placed in the custody of the Warrick County Division of Child Services.

Police say this case is still under investigation.