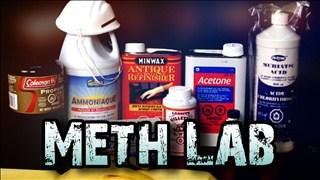 Two children were removed from a home in Mishawaka Thursday evening after police were dispatched there to perform a welfare check.

At approximately 7:40 p.m., Mishawaka Police Department officers arrived at the home, located in the 500 block of Hendricks Street.

Police say they found one adult male and two children inside the home, which they described as being in complete disarray.

According to police, the only source of heat in the home was an oven with the door left open, and the children were wearing winter coats and wrapped in blankets.

After investigating further, police say they also found the home had no working plumbing, there was no food, and a meth lab was found.

Police contacted the Department of Child Services who removed the children from the home.

The two children were taken to a local hospital to be treated for exposure.

The male suspect was arrested on preliminary charges of neglect of dependents, possession of paraphernalia, and maintaining a common nuisance.

According to a press release from the Mishawaka Police Department, meth labs are very dangerous. One out of every six meth labs are discovered because they either catch fire or blow up.