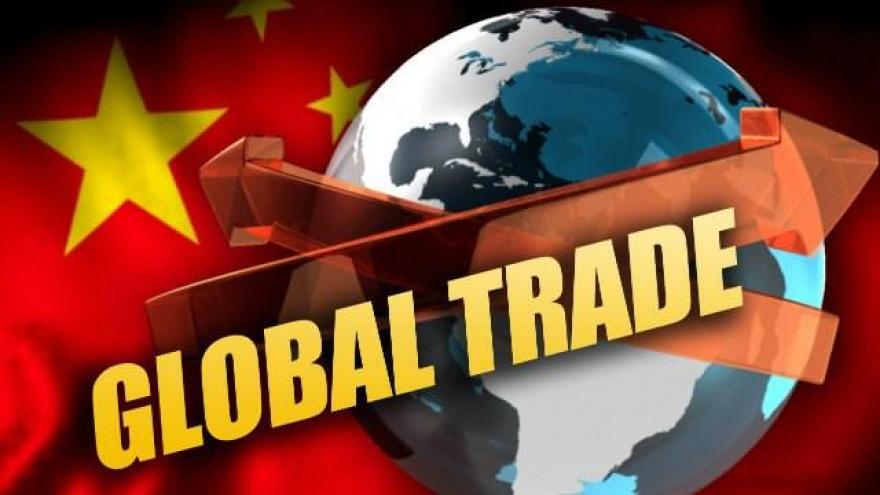 (CNN) -- China says it'll halt all coal imports from North Korea from Sunday for the rest of 2017, amid growing tensions on the Korean Peninsula following Pyongyang's most recent missile test last week.

China's Ministry of Commerce, in a public notice jointly issued with the country's customs agency Saturday, said the decision was made to comply with a UN Security Council resolution that China helped draft and pass last November.

Resolution 2321 imposed some of the toughest sanctions yet against the North Korean regime, after it disregarded an earlier UN ban to test what it said was a nuclear warhead in September 2016.

"Imports of coal produced in North Korea -- including shipments already declared to the customs but yet to be released -- will be suspended for the remainder of this year," said the statement posted on the ministry's website.

North Korea claimed success in its February 12 test of a new medium long-range ballistic missile, the Pukguksong-2. China voiced its opposition to the launch and joined other members of the UN Security Council in condemning Pyongyang's action.

When reports first surfaced last week that authorities in an eastern Chinese port rejected a coal shipment from North Korea, a Ministry of Foreign Affairs official declined to confirm the story but reiterated Beijing's long-held position.

While pledging to strictly implement UN-imposed sanctions, Wang told reporters in Germany -- where both he and Tillerson were attending a G20 ministerial conference -- that there is still hope to resolve the North Korea nuclear issue through diplomacy, and Beijing is willing to facilitate multilateral talks, according to a statement released by the Chinese foreign ministry.

In late January, several Chinese ministries jointly issued an extensive list of prohibited items for export to North Korea in compliance of Resolution 2321.

That ban covered military-civilian dual-use articles related to weapons of mass destruction -- including not only chemicals and weapons technologies, but also design software, high-speed cameras and truck chassis.

A foreign ministry official pointed to the list at the time as clear evidence to rebut skepticism over China's determination to implement UN sanctions against North Korea, its neighbor and longtime communist ally.

China views North Korea as a strategic buffer between itself and South Korea, which has a sizable US military presence. It also fears a potential refugee crisis on its doorstep if the Pyongyang regime suddenly collapses.

The Chinese leadership is said to be growing frustrated with Kim's defiant stance on the nuclear issue and the resulting instability in Northeast Asia.