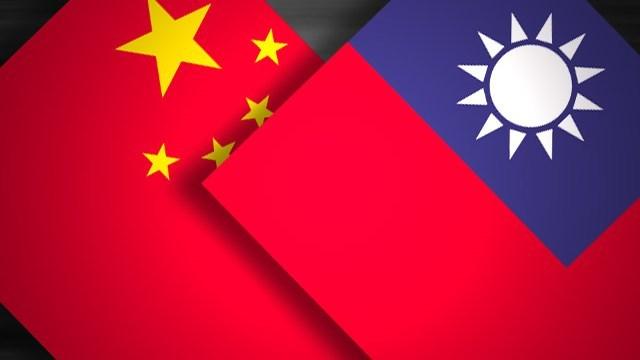 (CNN) -- China's foreign ministry said Saturday it has lodged a complaint with the United States over a controversial phone call between President-elect Donald Trump and Taiwan's President that has overturned decades of diplomatic protocol.

China views Taiwan as a renegade province and, since 1979, the US has acknowledged Beijing's claim that Taiwan is part of China, with US-China relations governed by a set of protocols known as the "one China" policy.

This means there are no formal diplomatic relations between the United States and Taiwan -- so Trump's decision to take Taiwanese President Tsai Ing-wen's call could risk a major upset.

"We have noticed relevant reports and lodged solemn representation with the relevant side in the United States," said a statement Saturday from China's Foreign Ministry spokesman Geng Shuang.

"I must point out that there is only one China in the world and Taiwan is an inseparable part of the Chinese territory ... The 'one China' principle is the political foundation of China-US relations.

"We urge the relevant side in the US to adhere to the 'one China' policy, abide by the pledges in the three joint China-US communiques, and handle issues related to Taiwan carefully and properly to avoid causing unnecessary interference to the overall China-U.S. relationship."

Earlier Saturday, Chinese Foreign Minister Wang Yi labeled the phone call "a shenanigan by the Taiwan side" when he was asked about it on the sidelines of a foreign policy seminar.

"The 'one China' policy is the cornerstone of a healthy China-U.S. relationship. I hope this political foundation won't be disrupted or damaged," he said.

Trump's transition team said Friday that the President-elect had chatted with Tsai, who passed along her congratulations.

"During the discussion, they noted the close economic, political, and security ties (existing) between Taiwan and the United States. President-elect Trump also congratulated President Tsai on becoming President of Taiwan earlier this year."

The chat marks the first publicly reported call between a US President or President-elect and the leader of Taiwan since Washington established diplomatic relations with Beijing in 1979, said Bonnie Glaser, a China expert at the Center for Strategic and International Studies.

It is perhaps the first major sign of the unpredictability that Trump has vowed to bring to long-held US relations with the rest of the world.

The call, first reported by the Financial Times, risks throwing US-China relations into a tailspin before Trump takes the oath of office January 20.

And it has prompted questions over whether Trump intends a shift in US policy, or if this was a blunder by a team with limited experience of international affairs.

"The President of Taiwan CALLED ME today to wish me congratulations on winning the Presidency. Thank you!" tweeted the President-elect.

He soon followed up by tweeting, "Interesting how the U.S. sells Taiwan billions of dollars of military equipment but I should not accept a congratulatory call."

Taiwan's President published a statement Friday night about the phone call on an official website, which she described as an "intimate and relaxed conversation" lasting 10 minutes.

The two also shared their views on important policy points, the statement said, according to a translation, "in particular, to promote the domestic economy and strengthen national defense, allowing the people better lives and a guarantee of security. The two briefly exchanged opinions on the situation in the Asia region."

Kellyanne Conway, Trump's campaign manager, told CNN's Anderson Cooper on "AC360" that she wouldn't go beyond what the transition team statement said. But the President-elect was fully aware of the call's implications, Conway suggested.

"He either will disclose or not disclose the full contents of that conversation but he's well aware of what US policy has been," Conway said.

The Trump Organization is also denying reports that it is considering building luxury hotels in the Taiwanese city of Taoyuan after the city's mayor was quoted last month as saying a representative did visit.

The mayor Cheng Wen-tsan told local media the Trump representative did visit in September and that company was interested in developing there.

"There have been no authorized visits to Taiwan on behalf of Trump Hotels for the purposes of development nor are there any active conversations. Trump Organization is not planning any expansion into Taiwan," a spokeswoman for the Trump Organization Saturday told CNN.

The spokeswoman, who asked not to be identified by name, added that the Trump Organization employee who was there was not part of the development team and was not there for those reasons but for sales purposes for existing Trump hotels.

By Friday night, China had already reached out to the Obama administration. White House officials declined to comment on diplomatic discussions.

Ned Price, a spokesman for the US National Security Council, said "there is no change to our longstanding policy on cross-Strait issues."

"We remain firmly committed to our 'one China' policy based on the three Joint Communiques and the Taiwan Relations Act," he said. "Our fundamental interest is in peaceful and stable cross-Strait relations."

A different Obama administration official said there was no contact with either the White House or State Department about the call beforehand.

Kissinger -- secretary of state from 1973-77 -- is credited with secret diplomacy that helped Nixon open up Communist China to America and the West.

During their Beijing meeting, Kissinger told Xi "that he believes it is the expectation of the U.S. new administration to facilitate sustained, stable and better growth of U.S.-China relations," Xinhua reported.

The United States acknowledged China's claim that there is one China and that Taiwan is part of China in a joint communique signed in 1979 at the time of the formal establishment of relations between Washington and Beijing.

Chris Murphy, a Connecticut Democrat who sits on the Senate Foreign Relations Committee, publicly blasted Trump for his actions in a series of tweets.

While it will soon be Trump's right to shift policy, alliances and strategy, Murphy said, "what has happened in the last 48 hours is not a shift. These are major pivots in foreign policy w/out any plan. That's how wars start."

He added that "if they aren't pivots - just radical temporary deviations - allies will walk if they have no clue what we stand for. Just as bad."

CORRECTION: An earlier version of this story misstated that Trump transition adviser Stephen Yates was in Taiwan and was involved in facilitating the call.