China's first plant to grow on the moon is already dead 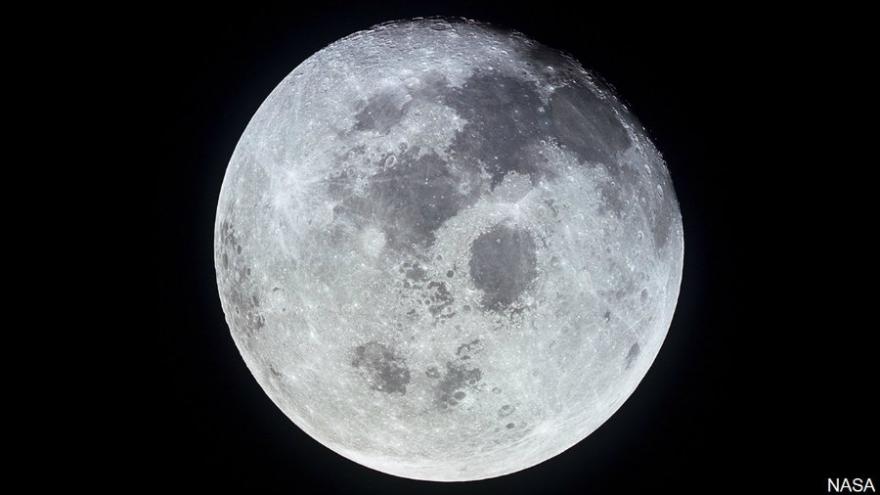 (CNN) -- The first plant to be grown on the moon by humans is likely dead already, Chinese scientists said Thursday.

Just days after China revealed a cotton seed had sprouted on a lunar lander and become what was possibly the first plant life to grow on Earth's nearest neighbor, scientists ended the experiment when they shut down power remotely.

The seeds were contained inside a special container situated in China's Chang'e 4 probe, which became the first successful mission to the far side of the moon on January 3.

Activated on landing, the self-contained biosphere was designed to raise seeds and hatch fruit fly eggs in an attempt to create a tiny ecosystem and assess how it reacted to the high-radiation, low-gravity environment.

But professor Xie Gengxin of Chongqing University, who designed the experiment, told CNN that it ended after nine days when the control team shut down the power.

Xie said temperatures inside the biosphere had grown too erratic and reached extremes that would likely kill all life, including the seeds and eggs.

"Though we have two temperature controlling plates, the temperature was still above 30 degrees Celsius (86 F) around 10.30 a.m. on the moon. As everybody knows, many plants can't sprout with (that) temperature," he said.

Xie didn't confirm why temperatures had risen to levels intolerable for the plants despite the measures taken by the research team. Even though the experiment was quickly terminated, Xie said he considered it a success.

An article in state-run media Xinhua said the experiment had originally been intended to last as long as 100 days.

Aside from the apparent failure of the biological experiment, the rest of China's mission to the far side of the moon appeared on track as of Thursday.

The historic mission is intended to accomplish a range of tasks, including conducting the first lunar low-frequency radio astronomy experiment and exploring whether there is water at the moon's poles.

A rover, named Yutu 2 or Jade Rabbit 2, is helping Chinese researchers explore the previously unseen surface of the moon.