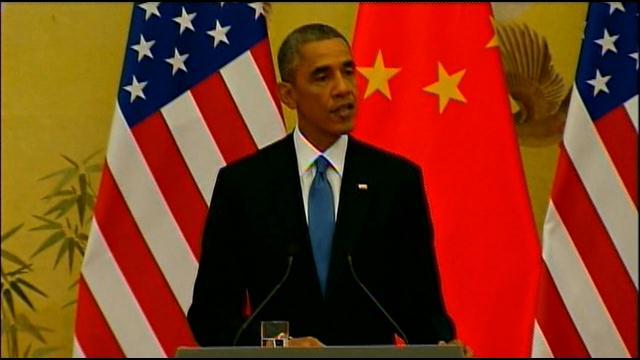 An agreement between China and the United States is being called an “environmental breakthrough."

The announcement was made on Wednesday during President Obama's trip to China.

China is the world's worst polluter with the U.S. coming in second, and together they account for one-third of all carbon emissions worldwide.

The two nations are now taking a significant step forward in fighting greenhouse gasses, which are being blamed for global warming.

President Obama says the United States will cut down on their greenhouse gas emissions by 28 percent by 2025.

“As the world's two largest economies, energy consumers and emitters of greenhouse gases, we have a special responsibility to lead the global effort against climate change. That's why today, I'm proud that we can announce a historic agreement.”

This marks the first time China has ever agreed to any sort of carbon reduction goal.