Chinese activist wants out of China 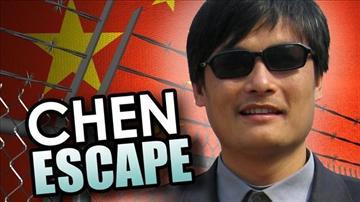 The Chinese activist at the center of an unprecedented diplomatic deal between China and America now wants the U.S. to get him out of China.

Now the dissident wants to be taken out of China saying he and his family are not safe.

He was originally on house arrest in China, and the U.S. negotiated his way.

The U.S. intervened, putting Americans in harms way to pick him up.

Gary Locke, a U.S. ambassador to China said, "We met with him in the wee hours of the morning, and then extracted.Conducted an almost mission impossible maneuver to get him into the embassy."

Once Americans had him in custody, they negotiated a way for him to stay in China, but now he wants out.

There is nothing the U.S. can do for him, other than monitor his safety.