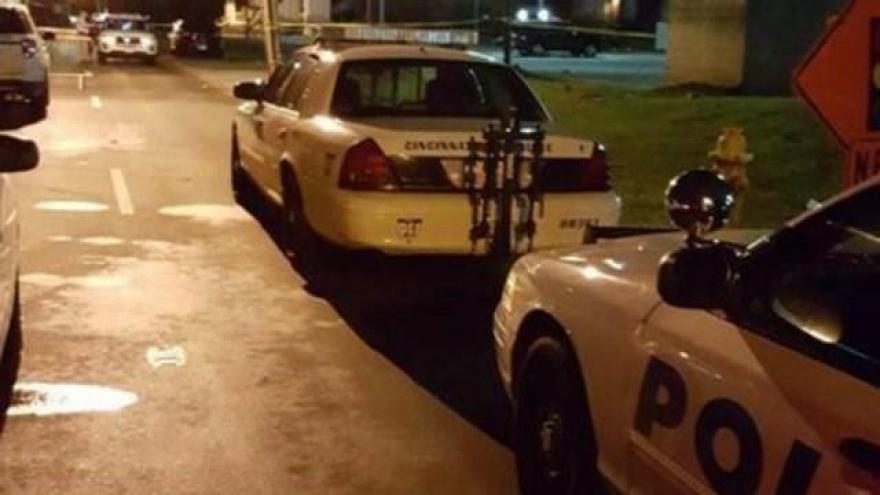 (CNN) -- One person was killed and 14 injured in a shooting at a crowded hip-hop nightclub about 1 a.m. Sunday in Cincinnati.

Several victims are undergoing surgery, Cincinnati Police Sgt. Eric Franz told CNN. Police do not have any suspects in custody but are interviewing witnesses.

Cincinnati Assistant Police Chief Paul Neudigate said there was "only one reported shooter."

While the motive is unclear, there is no reason to suspect terrorism, he said.

Cameo Night Club, in the city's East End area, hires police officers for extra security. Two officers were stationed at the club's entrance and another two in the parking lot, Franz said.

Shortly after 1 a.m. Sunday, someone heard the club's DJ call for security, then shots rang out, CNN affiliate WLWT reported.

"It was just a lot of chaos, obviously, when the shots went off," Cincinnati Police Department Capt. Kimberly Williams said. "People (were) just trying to get out of harm's way."

Neudigate told the affiliate that several victims have life-threatening injuries.

"We are in the middle of a very horrific situation that occurred at the nightclub with multiple victims," Neudigate said. "It's going to be a long night for our homicide units to investigate."

Neudigate described it as a "chaotic crime scene" and said they are looking for witnesses, many of whom took off when the shooting started.

"Many of the witnesses fled, but everyone that we can identify is being interviewed," he said.

Some of the injured drove themselves to area hospitals, police said.

One patient was treated for a gunshot wound and released from Anderson Hospital, said Nanette Bentley, hospital spokeswoman. Another person walked into West Hospital with a non-gunshot injury and was treated and released, Bentley said.

Club has had "challenges in the past'

The Cameo nightclub allows admission to anyone over the age of 18 on Friday nights. Saturday nights are 21 and above and promoted as "grown and sexy" night.

Cameo has a history of violent incidents, WLWT reported.

"We are aware of it. It (the club) has had some challenges in the past," Neudigate said.

Multiple assaults were reported at Cameo from 2014 to 2016, affiliate WXIX reported.

The Bureau of Alcohol, Tobacco and Firearms is helping Cincinnati police with this investigation.

"Saddened to learn about last night's shooting in Cincinnati," Ohio Gov. John Kasich tweeted. "Our prayers are with the victims and families of all of those involved.

"I've instructed our administration to offer any assistance the state can provide."