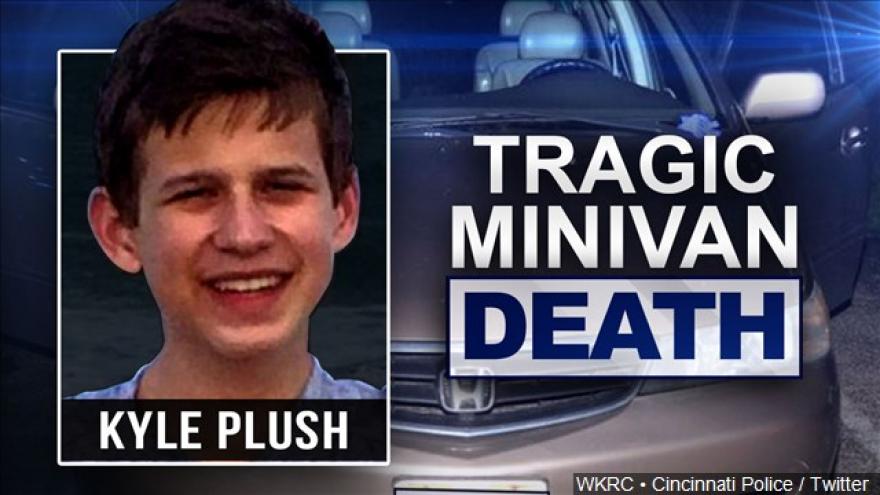 In April, Kyle Plush, 16, died after being trapped in a minivan that was parked bear his school. Photo courtesy Cincinnati Police / Twitter 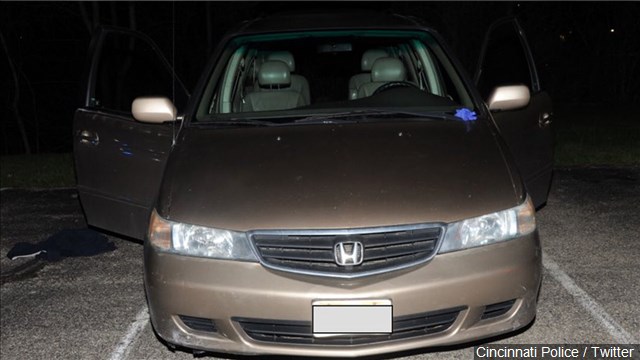 The gold 2002 Honda Odyssey where Kyle Plush, 16, died after being crushed by a minivan seat in a school parking lot despite two calls to 911. Cincinnati Police / Twitter

CINCINNATI (AP) — Police will try again to answer lingering questions about their failed response to the calls for help from a 16-year-old boy who was trapped in a minivan parked near his school and died.

An initial presentation of their internal investigation May 14 left Kyle Plush's family and others unsatisfied, and the city council told police to return Tuesday.

Ron Plush found his son's body inside the 2004 Honda Odyssey in a parking lot nearly six hours after the boy's first 911 call on April 10. A coroner says the teen died of asphyxiation from his chest being compressed. It's suspected that the foldaway rear seat flipped over to pin him when he reached for tennis gear in the back.

Ron Plush has asked why officers weren't notified that his son was screaming for help and whether there were GPS coordinates for his son's location.

He wrote in a May 16 column for The Cincinnati Enquirer that the family wants to help "fix the issues" with the emergency response system, but that they need complete answers to all of their questions for changes so that "a tragedy like the one of April 10 can't happen to anyone else."

Two Cincinnati police officers who searched for the minivan said they didn't get out of their cruiser because they thought they could search a wider area that way. Police have said the officers initially thought they were looking for an elderly woman locked in her vehicle and were not given information from the initial 911 call that someone was banging and screaming for help.

Police have said Kyle couldn't communicate properly with dispatchers because his phone was in his pocket, and that the city's computer-assisted dispatching system experienced difficulties throughout the call.