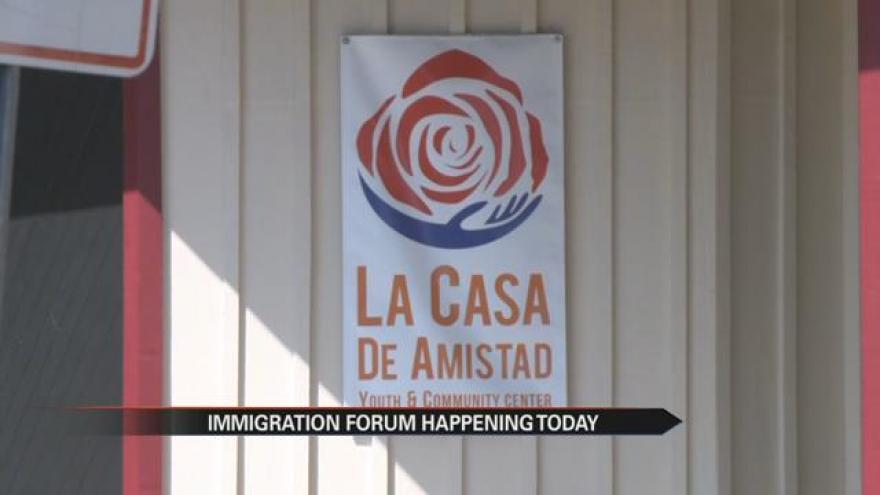 Community leaders from both sides of the political spectrum will be in one room, set to  discuss immigration in Michiana. It's a community forum called "We the Community: Whose America is This?"

The group that has put this together, Espwa, says they saw a need for this after rumors spread of ICE raids on the west side of South Bend.

With those rumors came rising fear. And perhaps, some misunderstandings. That's why Espwa says they are bringing both sides to the table for a forum on immigration issues affecting the area.

Topics like DACA and recent executive orders will be discussed. Lawyers and experts will be on hand to talk about the way current laws are set up and educate people on their rights. Organizers held a similar event with police and the community in 2016, with great results. They are hoping this discussion can have a similar effect.

"We have a very diverse community and we have a high population of people that could be affected by some policies that are drawn up," said Shane Inez of Espwa.

"We can't have a conversation with one complete side," said Inez. "So we want all sides at the table. Our goal of doing this immigration event is to start a conversation about the politics of immigration and how it affects our community."

ABC 57's Brandon Pope will moderate the event, It will take place at 2015 W. western Avenue on the third floor of the Marycrest building. The discussion will start at 6:30 pm. It's open to the public, and you are encouraged to bring questions for the panel, which will include DACA experts and immigration lawyers.