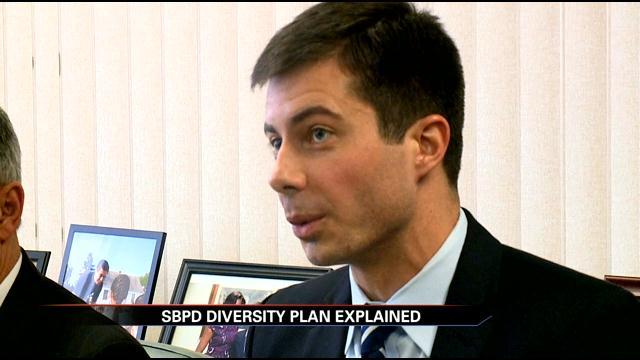 The call for more diversity in South Bend's Police Department continues.  This comes after the South Bend Common Council voted Monday to pass a resolution in favor of police reform.  This resolution is not yet law, but it's something all council members agreed, was a step in the right direction.

The resolution for police reform includes a minority hiring program, body cameras, and even a board of citizens that would review police incidents.

Tuesday, city leaders addressed the minority hiring program, saying this part of the resolution has already been in the works for years.

Chief of Police, Ron Teachman and Mayor Pete Buttigeg are both happy the council is addressing the city's needs for a more diverse law enforcement team, and they both admit the city needs some work, since the demographics of the South Bend Police Department do not match those of the community's.

"We have a department that has some representation of all the elements and minorities that make up our community, but not enough," says Mayor Buttigeg.

But these city leaders also said, this problem isn't new.  This diversity conversation didn't just start at Monday's common council meeting.  It's something the city has been working on for years.

The council agreed to meet with both the mayor and the chief of police to make sure the resolution is legal, and reflects what the police department can achieve, before it goes into law.