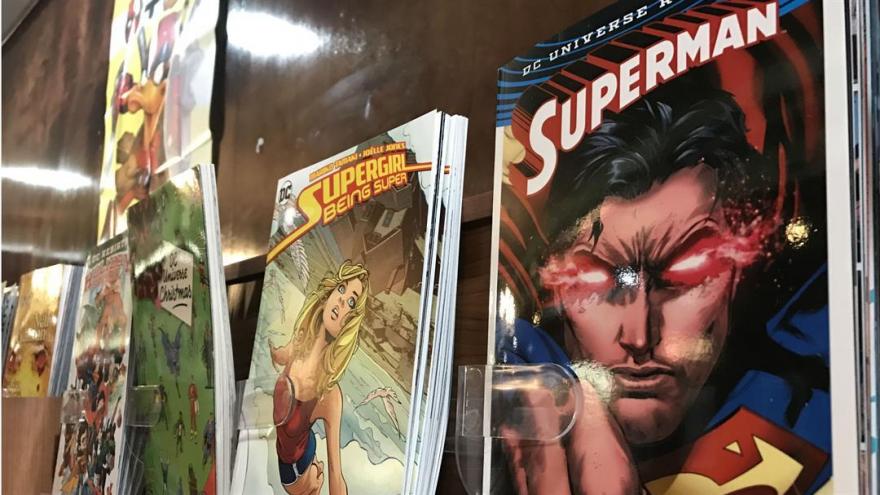 Superheroes, animators and stuntmen, all you need when you’re heading to a comic con event and now, that’s exactly what you’re going to get when you head to Elkhart this March.

The Hall of Heroes Comic Con is bringing celebs, stunts and acclaimed artists to the Lerner Theather in Elkhart come March. They’ve collaborated with local businesses and the City of Elkhart to make it happen.

But how much do they have to put up for an event this size and what’s in it for the city?

“Hall of Heroes, the museum itself pulls in people from all over the world. So that’s another reason we’re excited to do this is to bring more attention to the big comic stuff that’s going on here in Elkhart,” said Dan Halstead, Owner of the Secret Door Games in Elkhart.

So the hall of heroes has been collaborating with the City of Elkhart and the Secret Door Games to make it happen. They’ve begun marketing and funding for the big event.

“We went with a lot of digital marketing this time around to get to more of the Gen X crowd. A lot of Facebook and that kinda stuff. It’s gonna be kind of a mix of sponsorships from local businesses and we're applying for a grant and the city, the Mayor’s office has chipped in for a good chunk of it as well,” said Halstead.

Halstead believes the event could generate around $100,000 in revenue with about half of that being ticket sales and vendor fees. But they’re also hoping to attract more than just Elkhart fans.

“People who are fans of this, they’re big fans and they’ll travel. We’re gonna pull people from Chicago, from Grand Rapids, from Indianapolis maybe Detroit area.”

And with thousands fans anticipated, comes more money for the city.

“We’re shooting for the 5 to 7 thousand range. I think it’s gonna be a big economic benefit to Elkhart and we’re expecting a lot of people, thousands of people and it’s just gonna grow,” said Halstead.

Kids under 2 will be admitted free. Photo and autograph opportunities with celebrity guests may require an additional purchase during the event.

For the latest updates on this comic con event, click here.