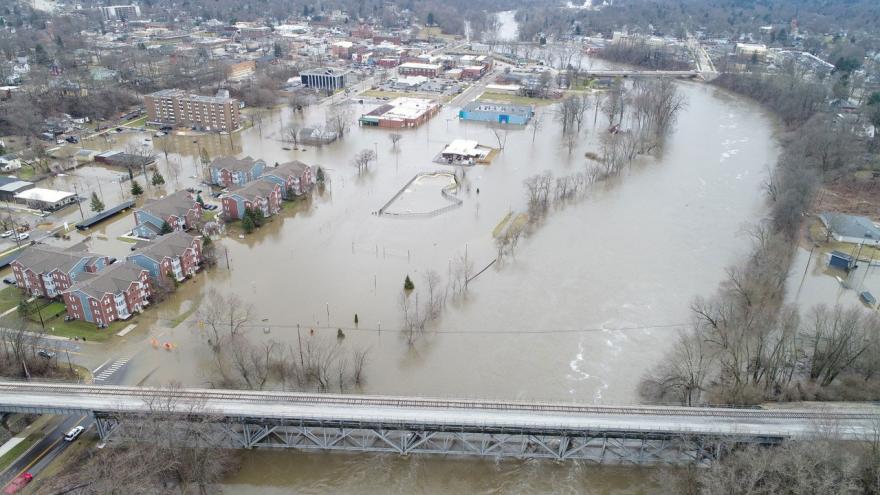 The city of Niles declared a State of Emergency on Friday because of the impact of the historic flood.

The St. Joseph River crested in the city at 17.33 feet, 2.23 feet higher than the previous record.

The city's initial review of damage indicates 46 homes and 9 commercial structures suffered damage from the flood.

There was also significant damage to city infrastructure. The city's wastewater treatment plant flooded, storm and sewer lines were damaged, an electrical substation flooded, roads were damaged and parks will need to be cleaned up.

Because the recovery effort will likely exceed the city's reserves, an emergency was declared.

The city has also requested assistance from Berrien County, which also declared a State of Emergency on Friday.

On Monday, city and county staff will begin a property loss assessment for property damaged by flooding.

Residents are asked to report road damage or other municipal infrastructure damage to the city.