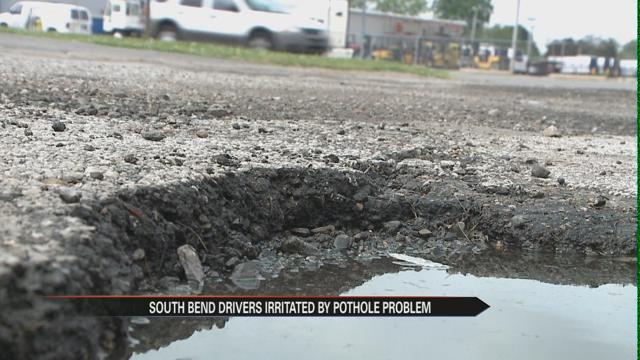 No one seems to want to take responsibility for a pothole problem outside the South Bend Post Office on Olive Street.

Customers say this could mean not only damage to their cars, but also to their wallets.

Who should pay to patch it the pothole-filled road?

It depends on who you ask.

This major crater dilemma is a matter of public versus private property.

“My car is low, and when I come through there, I could tear something up,” said driver Michael Parker.

Some South Bend drivers say they have to dodge deep craters just to pull into the US Post Office parking lot at 150 S. Olive Street.

“It's a shame because you expect the post office to get it fixed,” said Parker.

Residents say they've complained for months to the post office about it but say little has been done.

So Lockrett Johnson reached out to ABC 57 News.

“They told me it wasn't their property and whatever I decide to do, to do," said Johnson.

So who's to blame?

“I think the city's at fault," said John Zurawlz. "It's a city street so they should take it and grind it up.”

But the city says it's not a city street.

According to South Bend officials, the road is on private property and the responsibility to patch it up falls on the landlord.

But who is the landlord?

The owner of the neighboring business who shares part of the lot said he doesn't own that side of the property either.

"The city should come here and square it off," said Parker. "It won't take them nothing but maybe even an hour.”

The city says it will look into the owner of the property.