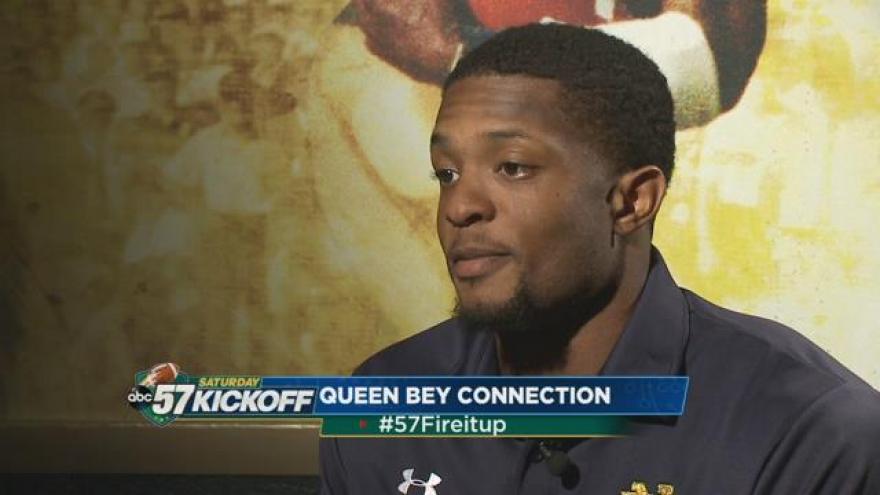 Notre Dame's CJ Sanders is having the best season of his career with 2 receiving touchdowns and one kick return for a score so far. While he's working on becoming a star on the field, he is already a star on the silver screen. He opened up about one of his biggest regrets - and it involves Beyonce.

During a sit down interview Sanders, he talked about growing up a child actor.

"So, my first major film was Ray and that carried over to movies like First Sunday and Tv shows like Grey's Anatomy and things like that," Sanders said.

The stories he shared were almost unbelievable.

As he continued to open up-the stories kept coming.

"My favorite red carpet experience was the NAACP awards when I was nominated against Morgan Freeman, Don Cheadle, and Jamie Foxx for Collateral," Sanders said.

"I played Ice Cube's son. So that was pretty cool," Sanders said.

Until he reached one regret.

"But the Beyonce experience is the one I regret the most," Sanders said.

Just when you think you've heard it all sanders dropped that tidbit.

"Beyonce is talking to Jamie and she's dancing and she comes up to me and she's like 'Hey, you wanna dance?'" Sanders said.

"We're at the after-party and we're dancing and stuff like that and Beyonce is talking to Jamie and she's dancing and she comes up to me and she's like 'Hey, you wanna dance?' and I told her no. And she was like 'Hey, are you sure? You know like I'm Beyonce.' And I told her no. I used to be so shy so I told her no again. But I was watching the VMA's the other day and just seeing her again I'm like man, that is the biggest regret of my life," Sanders said.

It's something he says his friends will never let him live down.

What if he got a second chance?

"Oh for sure, without a heartbeat, I'm going to say 'Please let's dance, let's make up for old times because I messed up,'" Sanders said.