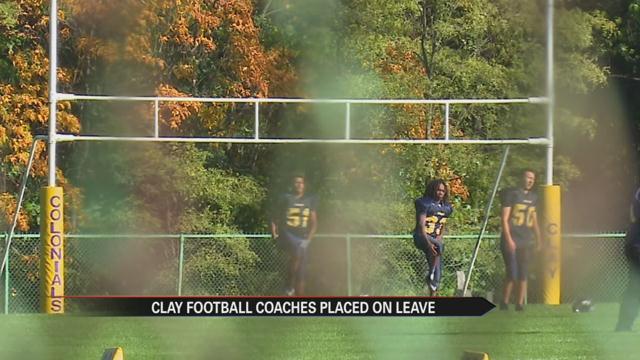 The statement added, "Because this is a personnel matter there will not be any further comments on this matter."

Redman only became Clay High School's coach this year, after serving as the head coach at nearby Adams High School.

The Colonials still showed up for practice Thursday afternoon; prepping for their final game of the regular season on Friday.

They will take on Elkhart Central at home on Friday night with Fields at the helm.

The team, currently sporting an 0-8 record, will then prepare for sectionals, which start on October 21.