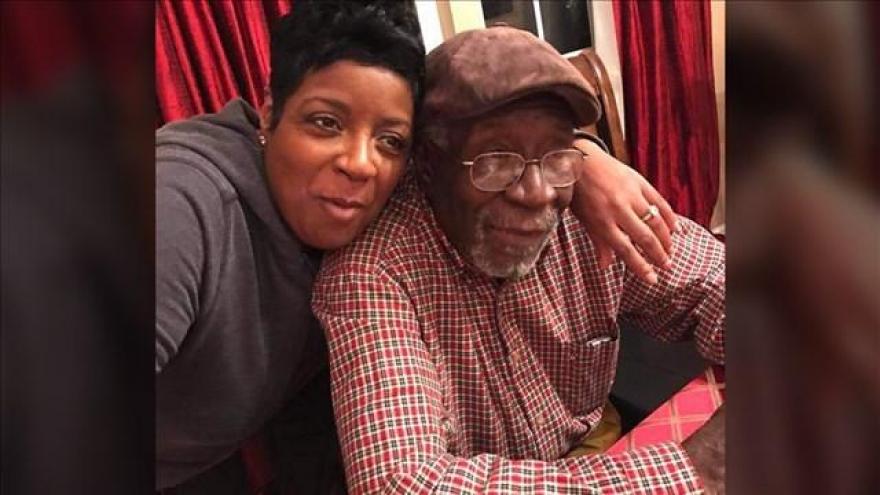 (CNN) -- Their father's killing was coldly posted on Facebook and shared widely online, but Robert Godwin Sr.'s children say they forgive his killer.

"I honestly can say right now that I hold no animosity in my heart against this man because I know that he's a sick individual," Debbie Godwin told CNN's Anderson Cooper on Monday night.

"I feel sadness in my heart for him," she said of Steve Stephens, who is accused of fatally shooting her 74-year-old father while he was walking home from an Easter meal in Cleveland.

"The thing that I would take away the most from my father is he taught us about God ... how to fear God, how to love God, and how to forgive. Each one of us forgives the killer."

Her voice breaking, Godwin-Baines credited her faith with keeping her strong and helping her recognize others are grieving, too.

"We have lost our dad, but this mother lost her son, lost her children, his children lost their dad," she said.

Police have said Stephens apparently chose the grandfather of 14 at random.

The daughters spoke proudly of the example their father set for them in faith and forgiveness.

"I promise you, I could not do that if I did not know God, if I didn't know him as my God and my savior, I could not forgive that man," Debbie Godwin said.

Godwin-Baines added, "It's just what our parents taught us. They didn't talk it, they lived it. Neighbors would do things to us, and we would say, 'Dad, are we going to forgive them really?' And he would say, 'Yes, we have to.' "

Cooper asked the sisters if they had a message for Stephens.

"I would say turn yourself in, that would be No. 1," Debbie Godwin said.

"I mean because although I do believe in forgiveness, I do believe in the law, meaning, when you break the law, there's a penalty for breaking the law. And this man broke the law by taking my father's life."

A nationwide manhunt is underway for Stephens, 37, as authorities embark on a search of abandoned buildings in Cleveland and offer a $50,000 reward for anyone with information about his whereabouts.

"I believe that God would give me the grace to even embrace this man. And hug him ...," Godwin said. "I just would want him to know that even in his worst state, he's loved, you know, by God, that God loves him, even in the bad stuff that he did to my dad."