Clinton campaigns for Donnelly in Indianapolis 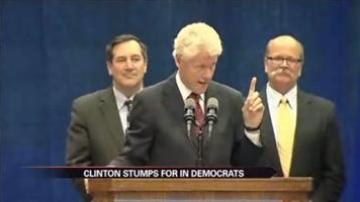 INDIANAPOLIS -- Senate candidate Joe Donnelly got some help on the campaign trail on Friday from former President Bill Clinton.

Many democrats think the race in Indiana could decide which party controls the Senate.

The former democratic president has campaigned several times over the years for his wife and other candidates.

He also stumped for Democrat John Gregg, who is running for governor.