Closer to a demolition decision of the old Elkhart County Jail 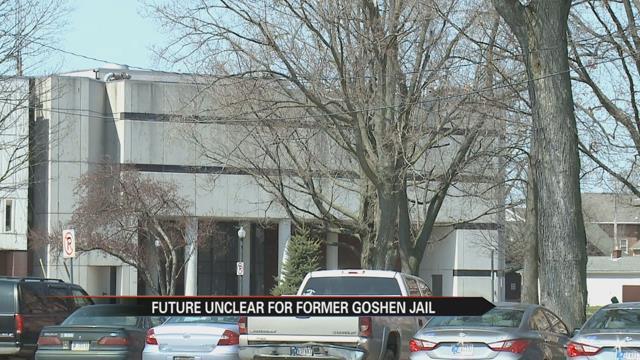 A plan may finally be put in place for an eyesore in Goshen. The old county jail sits just a block over from Main Street and right across the street from the county court house.

“The only thing keeping us from tearing down this building is moving those juveniles out,” says Mike Yoder, Elkhart County Commissioner.

In 2007, all of the adult inmates were moved to the new county jail. The juvenile inmates remained and the Juvenile Detention Center has remained at 114 2nd Street since.

On average the facility houses 10 to 15 juvenile inmates.

They only use a small fraction of the building but utilities cost about $135,000 a year.

“My tax dollars are going towards heating a monstrosity of a building,” says Felipe Merino, who live next door to old jail.

Merino has strong words concerning the old jail because he sees it every day, but others who live on the other side of town agree.

“That’s just money going into the sky, it’s not worth the upkeep,” says Steven Johns, a Goshen Resident.

Commissioner Yoder explained that some options for the juveniles include building a new facility that could cost around $10 million or partnering with St. Joseph county to use space at their juveniles center.

Hundreds of thousands of dollars being spent on facility upkeep for the past nine years, make many wonder why hasn’t a decision been made sooner?

“Last time we had an estimate it was about one million dollars,” Mike Yoder, Elkhart County Commissioner.

With high demolition costs, no funds to build a new juvenile facility, residents upset about how their tax dollars are being spent, some say decisions need to be made sooner rather than later.

“Do you want to pay it right now and just cut the bleeding off or do you want to be bleed slowly and not feel it as much but be bleed for more in the long run,” says Merino.

Commissioner Yoder says another expense has popped up. A broken boiler needs to be replaced before the winter and could cost around $15,000.

This is more motivation to deal with the issue of relocating the juveniles.

He hopes a decision on the future can be reached by midsummer.

Although nothing is set in stone taxpayers are just happy there is a conversation starting.