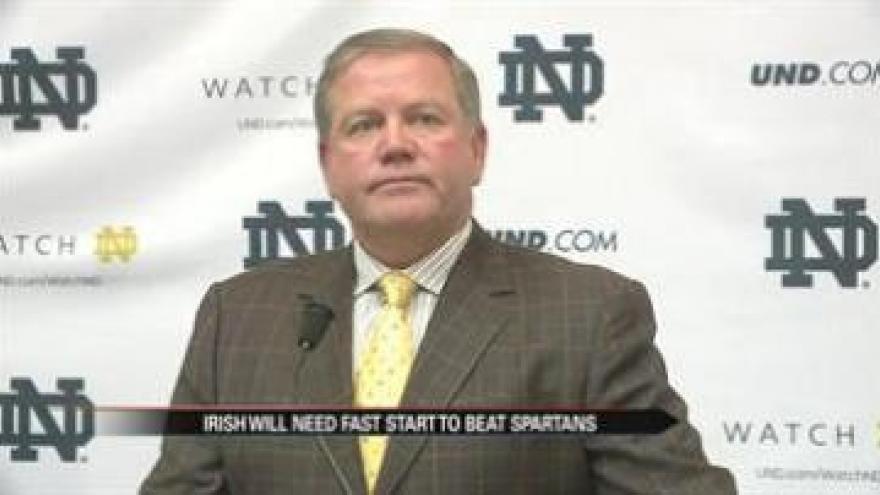 SOUTH BEND, Ind. -- This weekend the Fighting Irish are going up against the undefeated Michigan State Spartans at Notre Dame Stadium. Head Coach Brian Kelly said the team recognizes it will be a tough fight and they know what level they're going to have to play to beat the Spartans.

"They know what kind of fight it's going to be. This isn't, you know, hey, guys, please listen to me this week. They know what they are going to get from Michigan State," said Coach Kelly.

What they're going to get is an offense led by quarterback Connor Cook who passed for more than 200 yards and put four touchdowns on the board against Youngstown State last Saturday.

"Yeah, you'd better recognize Michigan State's personnel and their schemes, but you're going to have to execute to beat this team," said Coach Kelly.

They have a number one ranked defense with 177 yards allowed per game led by defensive end Shilique Calhoun.

Coach Kelly says the Irish know what it will take to win Saturday.

Unlike last Saturday-Notre Dame is going to have to get off to a fast start early on and in order to beat Michigan State. They can't rely on a comeback win late in the second half.