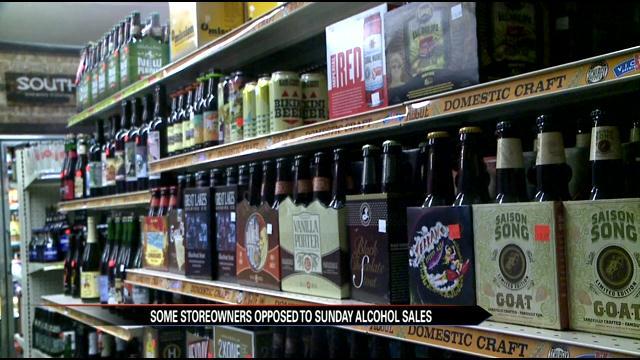 Hoosiers for Sunday Sales launched a campaign Tuesday to change the law to allow liquor sales on Sundays.

The coalition believes sales on Sunday will ultimately help the consumer, giving them more options, but small business owners say it won't help them.

While large chain grocery stores are for the proposal because they are already open on Sundays, and it could boost their revenues.

Rousseve says, "We'd have to open the store, if we so choose to, to compete, and then I'd have to man it."

Even with the enticement of possible increased revenue, Rousseve would like to see the tradition stay.

He says "I'm still opposed to it because, I like the religious aspect of not doing something on Sunday."