Cold Wednesday, then back to 'milder' December weather

NOW: Cold Wednesday, then back to ’milder’ December weather

Wednesday will be the coldest day this week, lows in the teens and highs struggle to warm into the mid-20s. Temperatures moderate quickly to end the week with highs near 40 through Saturday. At this point Michiana doesn’t look to see a direct hit by any major storms but could be influenced by larger systems on the national scale bringing a chance of rain/snow. 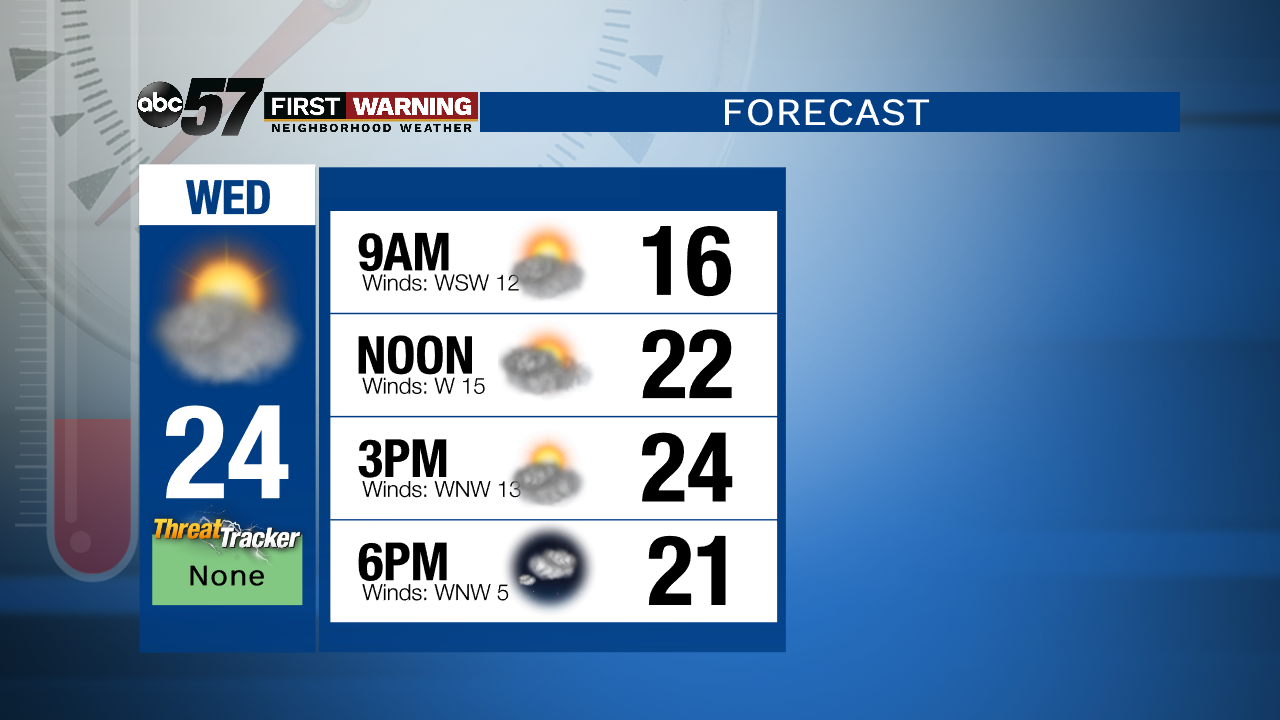