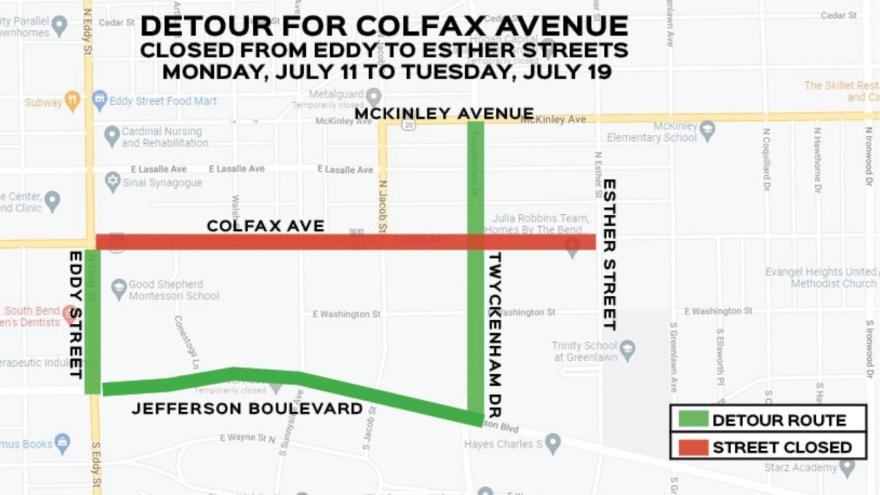 SOUTH BEND, Ind. – A section of Colfax Avenue will close on Monday for a paving project, the City of South Bend announced.

Colfax will be closed from Eddy to Ester Streets until July 19, weather permitting.

The paving project will happen in two phases: phase one will focus on Colfax between Eddy Street and Twyckenham Drive.

Phase two will focus on Colfax between Twyckenham Drive and Ester Street.

Homes on the street can be accessed using side streets.

Detour routes will be in place from 6 a.m. to 6 p.m. during construction.

The intersection of Colfax and Twyckenham will not be paved during the project.