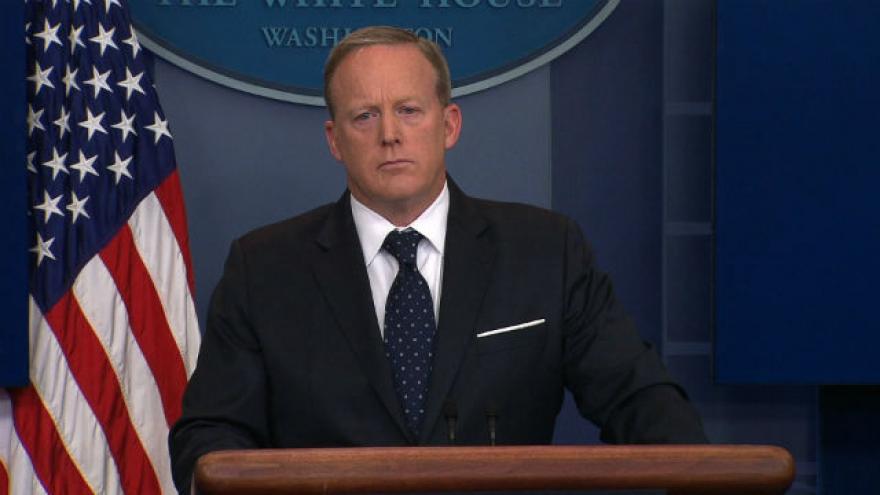 Though the former press secretary has remained in the White House since he abruptly quit over a month ago, Thursday was his last official day. His White House colleagues will throw him a "farewell party" Thursday night as they bid him adieu, according to two White House officials.

"It has been the honor of a lifetime to serve the President and the American people as the White House press secretary," Spicer wrote in an email to friends and colleagues.

"As I sign off this email address for a final time, I want to say thanks. I am proud to have worked with each and every one of you," he later added.

Spicer filled his last four weeks with exploring his next move and wandering the halls of the West Wing. He even recently crossed an item off his personal bucket list -- meeting Pope Francis -- after he was denied an invitation when other White House advisers met the Pope earlier this year when President Donald Trump traveled to the Vatican.

His formal departure comes more than a month after he ended his roller-coaster run as the mouthpiece for an administration that has been riddled with controversy and whose president is often described as his own best spokesman. Spicer stepped down after Anthony Scaramucci, a New York financier and former Trump campaign fundraiser, was named as the new communications director, a move Spicer and former chief of staff Reince Priebus vehemently opposed.

In the end, Spicer outlasted Scaramucci, who was fired after 10 short days on the job and one profanity-laced phone call.

In July, Trump predicted Spicer would fare just fine outside of his administration.

"Sean Spicer is a wonderful person who took tremendous abuse from the Fake News Media," Trump tweeted after he quit, "but his future is bright!"

However, much of the criticism Spicer faced at the lectern was the result of his own missteps.

In April, he attracted a storm of condemnation after he incorrectly said that even Adolf Hitler did not use chemical weapons during World War II in an over-the-top attempt to demonize Syrian President Bashar al-Assad after the Syrian dictator used sarin gas against civilians.

Spicer later apologized for those comments.