College Football Hall of Fame leaving behind debt for city 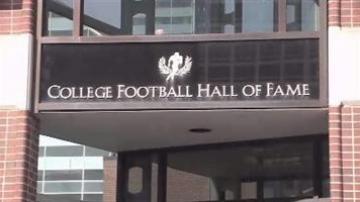 SOUTH BEND, Ind. -- The College Football Hall of Fame is on its way out of South Bend.

The lease is up at the end of the month. We've learned the museum is leaving behind some hefty debt for the city.

South Bend has an outstanding balance of $6.5 million. The building currently is listed at $2.8 million.

ABC57 asked the question, Why is the building is listed for so much less than the outstanding bonds?

"It works well for a museum,” said Director of Economic Resources Don Inks. “An alternate use, it does not work that well. So, you're not going to be able to sell that building for the amount of outstanding indebtedness on it, you're going to sell it for the value that it has to an end user and we think that price is closer to the price we're asking for the building."

We were told the city has several interested buyers, but no formal offers have been made.