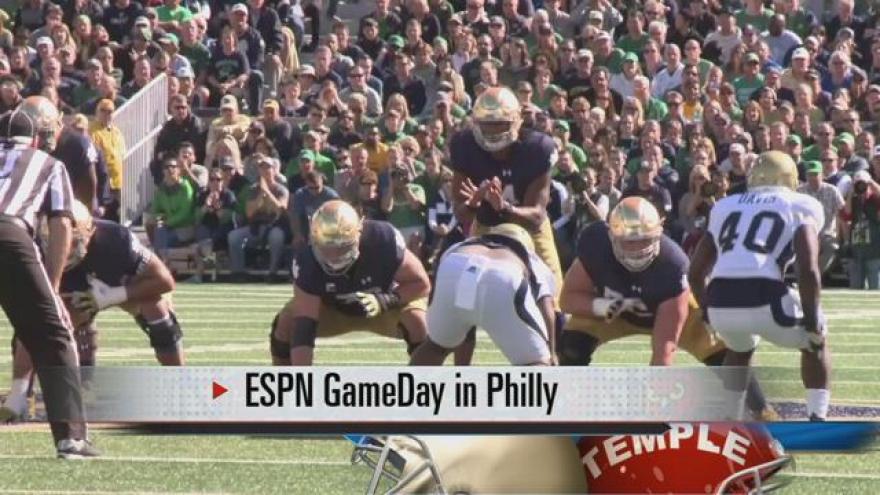 ESPN College GameDay is in Philadelphia for the Notre Dame and Temple game.

Some call Whitfield a quarterback guru since he has worked with quarterbacks like Braxton Miller, Taj Boyd and Everett Golson.

He had some high praises for DeShone Kizer, who took the reins of the offense when Malik Zaire was out for the season following an ankle injury.

Whitfield says Kizer has been one of the most impressive stories in college football because of the circumstances he was thrown into and how he has responded.

He raved about his size, athleticism, and arm strength and says he's already spoken with Kizer this week to hear how he's getting prepared.

So far, Whitfield says he is impressed with Kizer’s command of the offense and how the team has embraced him as their leader.

"I think DeShone has emerged as one of the best frontline performers at quarterback in the nation. And he's just a talented dude. Can hurt you in the ground, hurt you through the air. He's doing something very special. There have been no meltdowns. He's learned from his mistakes. He is playing with a ton of confidence," said George Whitfield.

Kizer may have quite the test on his hands from Temple.

The Owls have limited opponents to less than 15 points per game this year which is 8th best in the country.