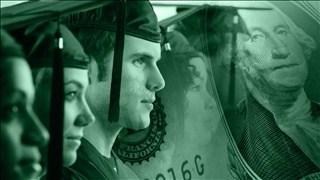 For the last two years, the cost of public college tuition has been the smallest increases since the 1970's.

New data from the College Board says in-state tuition at public four-year colleges averaged just over $9,100 for the current school year.

That's up almost 3% from the year before and comes after a similar jump the previous year.

Public schools logged tuition hikes of more than 3% in every other year since the 1974 school year.

The authors of the report say the slowdown comes as state governments restore funding to public schools, which was cut dramatically during the financial crisis of 2008.