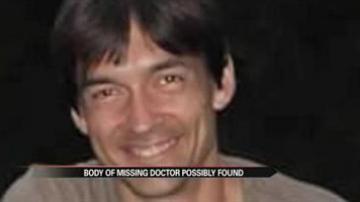 The Eagle County Sheriff's Department released a report Thursday stating that 3 back country skiers discovered a man's body in an ice fall underneath Booth Falls. It is an area 4.5 miles east of the trail where he was last seen.

Authorities suspected it may be the body of Dr. James McGrogan, a St. Joseph Regional Medical Center ER doctor.

His friends told police they were all heading to the Eiseman Hut near Vail when Dr. McGrogan decided to go ahead of them.

They say once the rest of the group made it to the hut, he was nowhere to be found. Crews stopped searching after five days and no leads.

The news is bittersweet for friends and family. They finally know what happened to him, but they have to face the fact he is gone.

"Jim always had a smile. He was always fun to be around. Hard worker, very smart. Anytime you were around him you had fun," said Chris Molnar, McGrogan's childhood friend.

"There's a class list and you looked at him and you're like yeah I can see him being a doctor," said Molnar.

He says his heart breaks for the McGrogan family.

"You know I was sitting there thinking about just all the searching that his wife has done over there in Colorado, I just can't imagine my family doing the same thing," said Molnar.

Friends and family say whether he was out on the diamond, or up in the mountains, McGrogan was nothing short of adventurous.

"You always knew he was going to do something. The biggest thing though was his smile," said Molnar.

A smile that touched so many people and will never be forgotten.

The autopsy is expected to be complete in the next day or so. It should provide further informaton on what happened to the doctor.