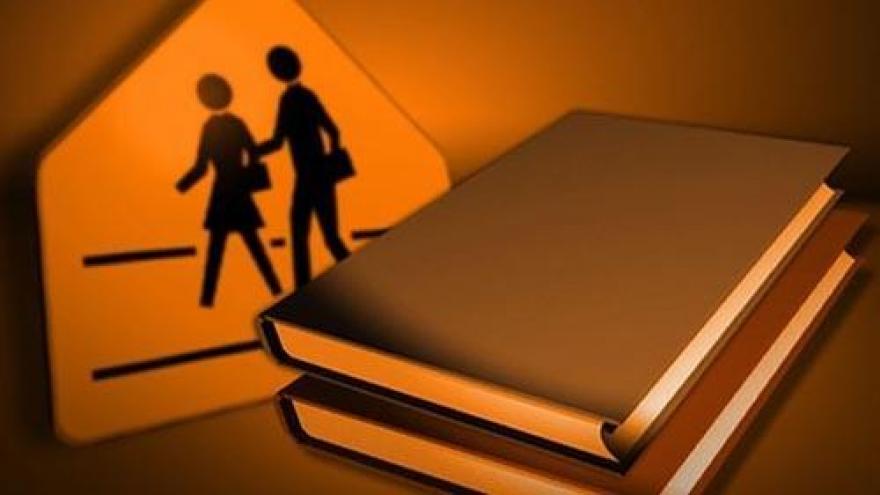 (CNN) -- After seeing teachers in other states agitate for more funding, Colorado educators are taking their turn.

At least 500 educators are expected to demonstrate at the state Capitol in Denver on Monday to push for more financial support, the Colorado Education Association says, in what will be just the latest in a wave of teacher protests at US state capitols this year.

That wave has notably seen teachers in West Virginia get a 5% pay raise last month after a nine-day strike.

At least one Denver-area school district is closing Monday because so many of its teachers called in to take a personal day for the rally.

"Our members are energized and fed up by the constant year-over-year chronic underfunding of our public schools," CEA President Kerrie Dallman told CNN.

"Educators have been energized by what's happened in West Virginia, Oklahoma and Kentucky and Arizona," she said, referring to teacher walkouts or demonstrations in those states.

Teachers are to meet with lawmakers in the morning and then rally on the Capitol's steps in the late afternoon. The association is asking its members to wear red -- reminiscent of what teachers in Arizona have been doing in a campaign they've called #RedForEd.

-- Teacher pay: The CEA says Colorado educators' average pay has dropped by more than 17% when adjusting for inflation over the last 15 years. In 2016, Colorado ranked 46th in the country for average teachers' salary, according to a report by the National Education Association.

-- Education funding: Colorado effectively has underfunded its schools by $828 million, the CEA says, because the state hasn't kept up with a state constitutional mandate passed last decade to increase funds each year by at least the rate of inflation.

Raising taxes to make up that money isn't easy, because the state's 1992 taxpayer bill of rights demands that voters approve any tax hikes.

As a result? For one thing, the CEA says, teachers it recently surveyed reported spending an average of $656 yearly on school supplies and expenses for students.

Low funding and teacher pay, the association says, is making the job less attractive to college graduates and prodding teachers to leave the profession early, and led to a shortage of fully qualified teachers.

The Englewood school district, near Denver, said it canceled Monday classes because more than 150 of its educators -- 70% of its teacher workforce -- had indicated they wouldn't be at work, and there aren't enough substitutes. One school will be open for day care for fees of $30 per child, the district said.

Julie Hoag, a parent of an Englewood student, told CNN affiliate KDVR that she hopes the teachers' voices are heard, but the school cancellations will challenge parents.

"I know there has been some frustration just from what I have heard -- a lot of working parents. It's hard to find child care last minute," Hoag said.