Coming up on this week's ABC57 Saturday Kickoff 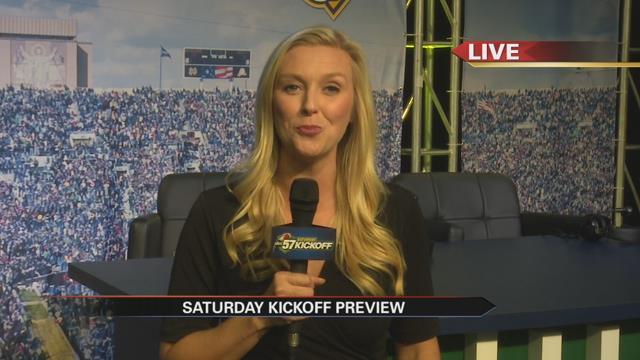 Here are some of the stories we will be featuring on this week's ABC57 Saturday Kickoff from the Notre Dame Football Fan Fest. The show airs at 10 a.m. on ABC57.

This week will feature stories about players and coaches on both sides of the field.

Michigan State offensive line coach Mark Staten will be coming home for the game this weekend. The Dowagiac native sat down with anchor Allison Hayes to talk about his football career as well as his time as an actor in Hollywood.

Another person you may not have realized had a career in Hollywood is CJ Sanders. He sat down with anchor Allison Hayes to talk about how being a child actor helped shape his football career.

Hosted by Allison Hayes, ABC57's Saturday Kickoff airs at 10 a.m. on ABC57 on the following dates: