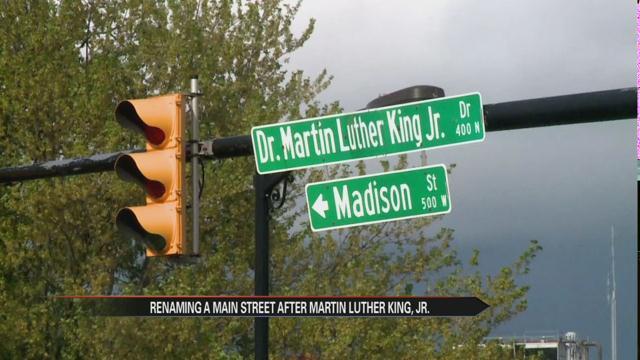 It has been a hot topic in South Bend for several years, having a main street named after the late Dr. Martin Luther King Junior.

The city already has a street named Dr. Martin Luther King Junior Drive, but many think it's not enough.

Huey Schobe has been working to get a major roadway in the city named after the civil rights leader for several years now.

He thinks he deserves more than three blocks, tucked away behind downtown.

And other residents agree.

"I felt that three blocks was an insult to him," says one resident at the council meeting.

The council agrees with having a major roadway named after the civil rights leader, but it's not their decision.

At Monday's council meeting, they agreed the mayor and the Board of Public Works had authority to make this type of change to public property.

The council voted in favor of creating a committee, with South Bend residents, but it's just a suggestion to the mayor as he makes his decision.

"We are asking that a committee be formed with council participation, representatives from the community, so we can have full engagement," says councilwoman Karen White.