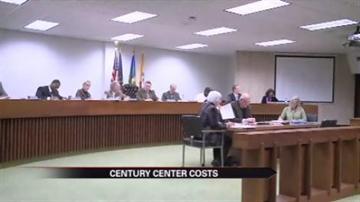 The council claims the board is doing a poor job and costing the city over a million dollars anually in the process.

The council voted unanimously and now the Century Center Management Board has to publicly discuss their Aecom reports on the economic impact the center brings to the city.

Then the board will have to prepare requests for proposals which will reflect the best interest of the city of South Bend.

The council says the center currently holds a low number of conventions and is costing the city over a million dollars in revenue and they want answers.

"We are losing over a million dollars a year with the Century Center and it is our duty as fiscal agents of the city budget that we do not lose that type of money year in and year out," said Councilman Henry Davis Jr.

The council also talked about having its legal team review the current Century Center Management Board and possibly replace some of its members.