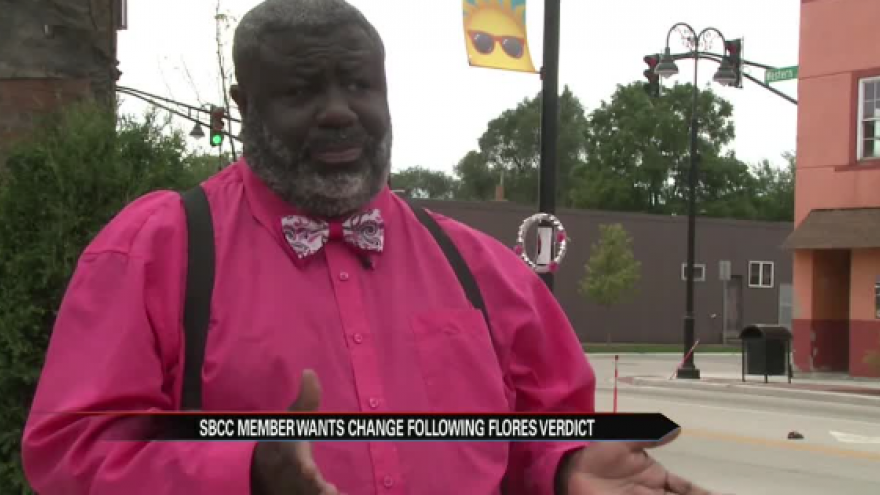 Correction: The South Bend Board of Public Safety meets on September 19 at 9:15 a.m. on 13th floor of County City Building Room 1308.

SOUTH BEND, Ind. --- A South Bend Common Councilmember weighed in on the grand jury’s decision to not indict a South Bend police officer, who’s accused of causing an accident which killed a young mother.

“When you have a mother who is killed with the officer going as fast as 90 miles per hour, right here on this corner,” he said. “It’s frightening.”

Surveillance video released by the family of Erica Flores, 22, shows the accident. The family said the police cruiser was traveling 90 to 95 miles per hour with the emergency lights on, but sirens off.

The clip shows the cruiser running a red light, according to the family, and crashing into Flores’ car. Davis Jr. said as a father, he knows how important it is for the family to find justice.

“When an officer does this kind of behavior and is punished appropriately, that gives people reassurance,” he said.

On Friday, South Bend Police Chief Scott Ruszkowski told ABC 57 News he expects his disclipline recommendation for Officer Gorny to be noted  at the city’s Board of Public Safety meeting on September 19.

“I’m hoping that report comes soon and to hear what they’re going to deal with, when it comes down to the officer in question,” said Davis Jr.

He said the upcoming meeting is a chance for transparency.

“People can come and say ‘Board of Public Safety, please give us a better understanding,’” he said. “Tell us what you’re going to do.”

Davis said every case is different, when asked if there has ever been a case similar to Flores’. He said this case is different because of the accident and also the message it will send back to the community.

He added he would like to see the city step up and provide restitution to help Flores’ two daughters.

“We cannot bring somebody back in terms of life, but we can at least make Ms. Erica Flores’ children be able to have the best life they can have without their mother being present in their life,” he said.