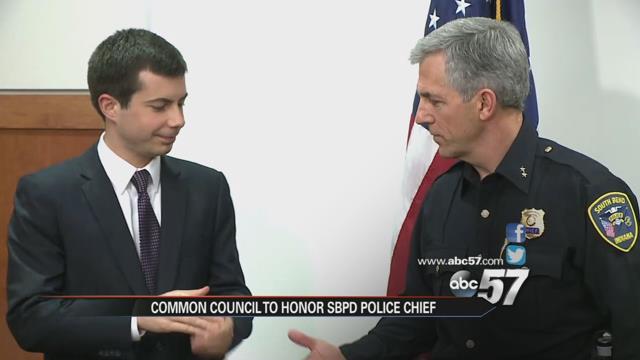 This Wednesday will mark the final day for Ron Teachman as South Bend’s Police Chief. On Monday night, the South Bend Common Council will honor his career at their meeting.

Teachman is stepping down from his role as South Bends Police Chief to become a director at the parent company of ShotSpotter.

In 2012, Mayor Pete Buttigieg announced Teachman would be the next chief of police for the South Bend Police Department.

Before that he was a 34 year veteran of the New Bedford Police Department in Massachusetts.

Under Teachman, ShotSpotter technology was implemented in the city to help police respond quicker to shootings.

Among the most notable cases Teachman was in charge of was the investigation of a missing 22 year old women whose body was found in Marshall County in May after she disappeared in April.

But Teachman faced his fair share of criticism and in June ABC 57 news reported several officers calling for his removal.

Teachman leaves the department at a time where gun violence is a major issue in the city.

Since the first of the year, there's been more than a dozen shooting deaths in the city of South Bend.