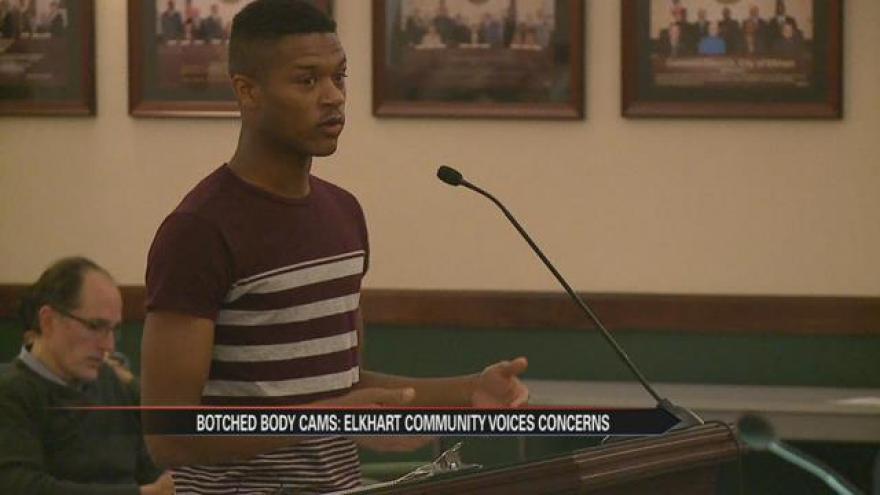 At Monday’s city council meeting community members told the council they are unhappy with the decision to temporarily suspend the use of police body cameras.

With limited details released as the investigation into the death of Norman Gary continues, his family has been calling for a change in the way police are handling the situation.

Gary’s mother Margaret Johnson and his sister Sandy Holt said this was not the change they were expecting or hoping for.

“I’m shocked. Didn’t solve the problem. To me it’s like throwing it away in the trash, get rid of it, quick fix, but it’s not fixing anything,” said Holt.

Mayor Tim Neese defended his decision at the council meeting, saying it’s better to temporarily suspend the cameras than to have inconsistency.

“I don’t think it is the right solution. I think we should have continued with the cameras and try to figure out are some of them working are some of them not. And then we needed to get with the manufacturers and find out if they can really do the job we want them to do,” said Curry.

Johnson says she won't let the discussion end without answers and she will continue speaking up.

“I'm going to fight for my son’s justice until I know why. I’m not giving up. I need answers so I can get peace in my son’s death,” said Johnson.

The next council meeting is scheduled for January 23 at 7 p.m.