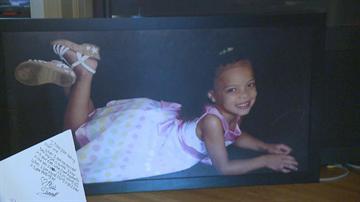 Around 100 people, including Jackson’s family, attended the meeting where a call was made for the city to unite and work together to combat crime increasingly being carried out by young people.

“I don’t know that this is reality, but if we’ve lost a generation let’s not lose another one, that’s what I mentioned tonight, we need to work with our younger people to be sure that they see a different role model,” explained Elkhart Mayor Dick Moore.  “It will not come from additional policing, it will come from a change in the mind of human beings, and we must do less thinking with our heads and more thinking with our hearts.”

Mayor Moore and members of the Elkhart Police Department said the resources are already in place to respond to and prevent crimes, but more assistance from the public is needed.  They urged citizens to become a part of or form neighborhood watch groups and immediately call in crimes or suspicious activity.

Much emphasis was also placed on the role parents, families and schools can play in reaching out to kids before they turn to crime and violence.

“You’re not your child’s friend, you’re their parent,” Reverend Nicholas Cossey told the audience.  “You have to direct them and then, when they go wrong, correct them.”

A common theme of the night was that young Kristyana Jackson is one of many young people in Elkhart who’ve lost their lives, and though her murder shocked the community, many said if no changes are made another case like hers may be just around the corner.