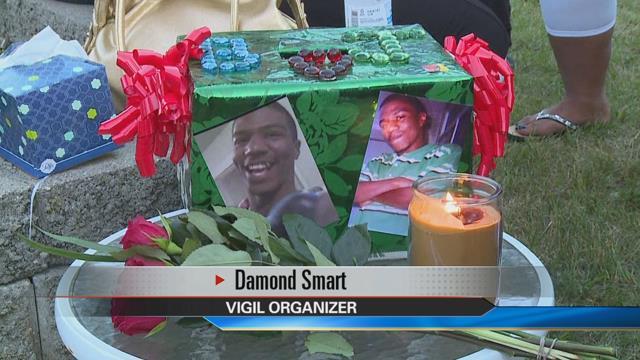 Family and friends honored the life of 24-year-old Brandon Jackson at a vigil Saturday night.

The young father from Elkhart was and killed early Thursday morning in the 200 block of West Garfield Avenue.

The community prayed and lit candles at Roosevelt Park and released balloons in his honor from Garfield Avenue.

With three homicides in the city this year, vigil organizer Damond Smart is fed up with the violence.

“At the end of the day it majorly affects us all,” said Smart.

Smart hopes change could come by the community coming together in response to tragedy.

“We are losing kids at an alarming rate. If we cause awareness maybe somebody will start paying attention and maybe things will calm down,” said Smart.

Jackson’s family is accepting donations for his burial. Click here to donate.