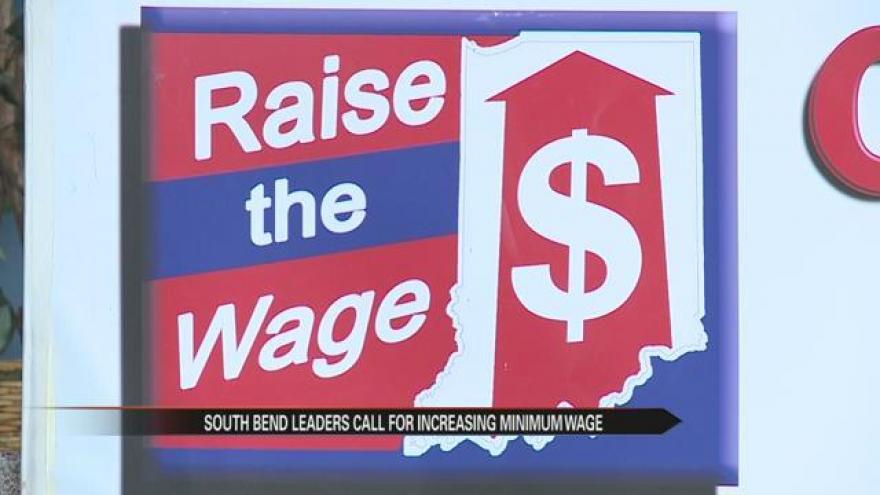 South Bend community leaders got together to demand a raise in the minimum wage Friday.

Indiana state law links the minimum wage to the federal wage and the 7.25 an hour wage hasn't changed since 2009.

"The message is that those workers have power too at the ballot box and how they choose to spend their dollars.  So where you're deciding where to shop, shop at the place that treats its workers well.  And when you're deciding how to vote, vote for somebody who believes in giving Americans a raise,” said Mayor Pete.

They say raising the minimum wage will stimulate the economy.

They argue the current wage doesn't equal the cost of living.