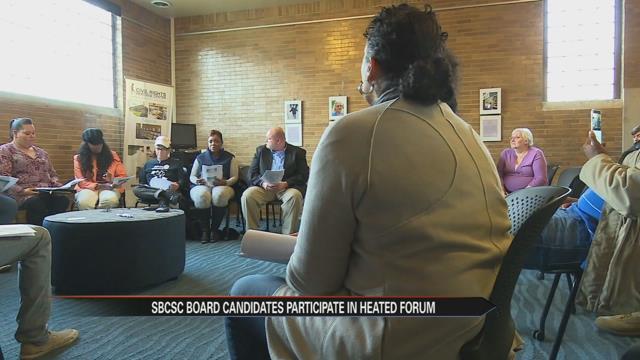 Questions, comments and concerns were directed at five people in the hot seat Friday.

CAFE, and education advocacy group, held a forum for the candidates running for the open seats on South Bend Community School Corporation’s Board of Education.

Candidates Jasmine Brown, Annette Malone, David James II, Karl Nichols and Leslie Wesley heard from concerned parents, students and employees of the district about their loss of faith in the current school board.

Each candidate was also pressed on what they thought they could contribute to the corporation that would bring change.

A few bus drivers from the district are also hoping the elected members would hold the current accountable.

“We want to keep our job, but we also want the respect of the South Bend Community School Corporation,” said driver Deborah Ward.

By the end of the event, each candidate promised to continue the conversation with the community after even they win their votes.