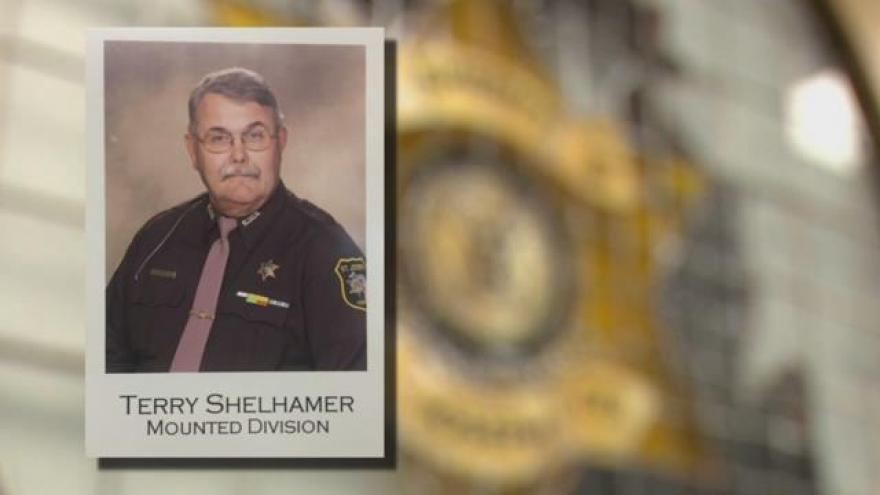 The Centreville, Michigan community is mourning the loss of 69-year-old Terry Shelhamer Thursday. He was killed in a car crash in Bristol Wednesday afternoon.

Community members say his absence will be felt.

69-year-old Terry Shelhamer was driving his 19-year-old granddaughter in his pickup truck in Bristol Wednesday afternoon, when he collided with a semi turning onto State Road 15.

“He had just gotten sworn in at the sheriff’s department, and we were planning our new year, and we got the news, and uh, pretty devastated,” said David Bowdish, Captain of the St. Joseph County Sheriff’s Mounted Division.

His granddaughter, however, survived.

“Knowing Terry…his last good deed was probably to make sure his granddaughter was fine, to make sure she was okay,” said Beeker.

“He has a deep passion for service to the community and this department. You don’t spend 49 years somewhere unless you have a passion to do it,” said Jason Bingaman, the St. Joseph County Sheriff’s Captain of Operations.

“He always had a spark in his eye, and usually there was something behind it, and you weren’t quite sure whether it was going to be something comical,” said Lori Bowdish.

Holding up a shirt that says ‘Volunteer’, Diane Zinsmaster said, “I dug this out of the closet, and I think this word right here truly serves what Terry was. He was a volunteer for anyone and everyone who knew him, and I think people would be very hard-pressed to find a more genuine, authentic, or caring and compassionate person.”

“Terry rode horses. Terry loved horses, and I’m sure the next time somebody in the horse program puts their foot in a stirrup that they’re going to remember Terry Shelhamer,” said Beeker.

Terry Shelhamer’s funeral service will be held on Monday at 11AM at the New Hope Assembly of God church.