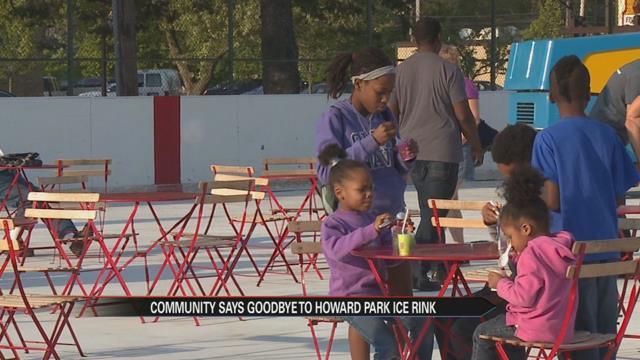 This summer the parks department will be demolishing the current rink to make way for a new rink in the park.

With a DJ, games, and activities, residents gathered to celebrate decades of memories had at the popular spot.

Marietta Tykes says as a child growing up in South Bend, she was at the ice rink almost daily.

“I grew up in this place, I love it. I was the second person in line when they first opened the doors on Thanksgiving in ’58,” said Tykes.

While Tykes no longer skates, she says she and her husband Tommy still spend a lot of time at the rink, a place she still considers ‘home.’

Raising five sons in the city, resident Ann Voll also says the rink was her “go to” spot.

“It’s one of those remarkable South Bend venues where with children you could bring them here and it was safe,” said Voll.

Deputy Director of Parks & Recreation Susan O’Connor says although things may be changing, plans for a new rink are in the works.