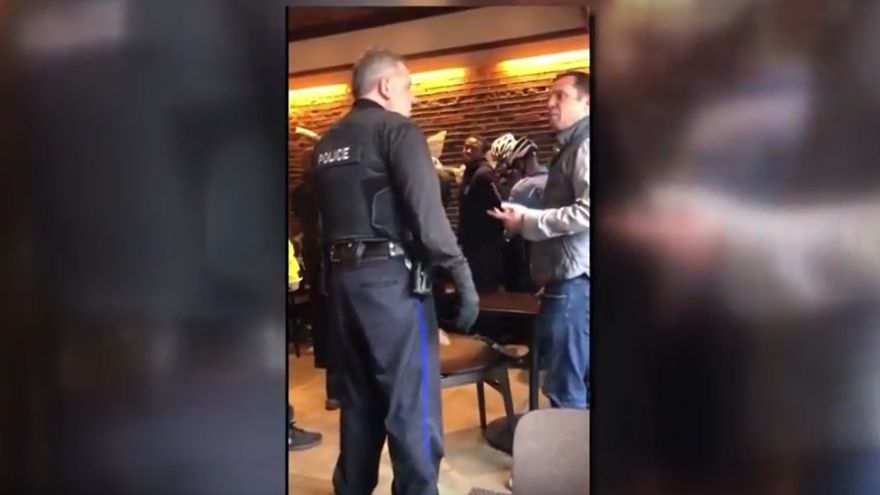 SOUTH BEND, Ind. --- On Tuesday, Starbucks shut down 8,000 of its stores for a nationwide implicit bias training.

The training coming on the heels of a viral video showing police officers arrest two black men at a store in Philadelphia. Witnesses said the police were called by the store’s manager because the men wanted to use the restroom but hadn’t paid for anything.

“I mean it’s shocking it’s ridiculous that even got to a point where that occurred,” said Matthew O’Bannon, who lives in St. Joseph County.

While Logan Quigley, who also lives in the county, said as a white person, he recognizes systemic racism is prevalent in the United States. Quigley said the implicit bias training is the least the corporation could do.

In April, Kevin Johnson, the coffee-corporation’s chief executive officer, said in a video, the company would fix this.

“Whether that is changes to the policy and the practice, additional store manager training, including training around unconscious bias and we will address this,” he said.

Quigley said this is a reminder to corporations and consumers to be conscious of implicit bias and pursue education just as individuals.

“Some people are biased and it never dawns on them that they’re being biased, because it’s just something that’s always been a mindset for them,” said Lonnie Douglas, executive director of the county Human Rights Commission.

Douglas said the Human Rights Commission is the group that many come to when discrimination takes place. He said South Bend has not had an instance of a person not being able to enter an establishment because of their race in a decade.

“If you’re in a place you should be accommodated just like anybody else,” he said. “If you’re not, according to our ordinance we can at least come to you and talk to you about it and say hey we need to try and resolve this issue and prevent it from happening again.”

However, he said more needs to be done.

The Human Rights Commission is set to host a training conference on June 19 to June 22 at the Aloft Hotel in South Bend. Training will cover unconscious bias, disability discrimination in housing, fair housing investigations, community-focused transgender inclusion, and sexual harassment.

Douglas said he encourages individuals and local business to come take part in the training. For more information, click here.