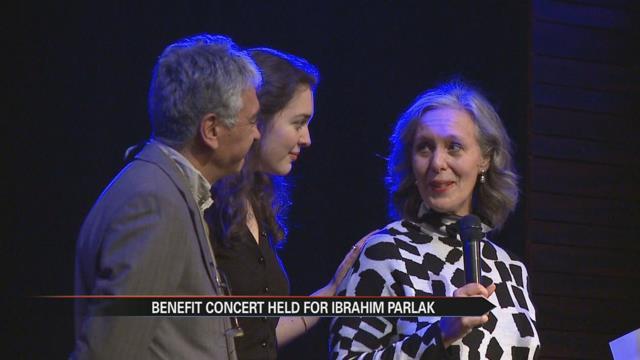 They say home is where the heart is and one man facing deportation says he found his right here in Michiana.

Members of the community in Three Oaks, Michigan organized a benefit concert Friday for Ibrahim Parlak.

He’s the Harbert, Michigan native that made national headlines for his fight for citizenship.

Parlak was overwhelmed by the amount support he received Friday.

The venue was packed with folks from all over looking to raise awareness for his situation.

And with the help of a big name in the music industry, this community did just that.

"What is in here, no one can take from you, said Parlak. “I’m fortunate, I’m a lucky guy.”

It’s the love and support from friends like the folks who filled the Acron Theater, that makes Parlak’s fight worth it.

Parlak belongs to a community that stands united with him in his decades-long battle for U.S. citizenship.

“You know home is where the heart is and he definitely has his heart here as evident with his connection with the community and with the restaurant and I definitely support that,” said resident Chris Story.

His connection to this community caught the attention of Grammy-Award winning artist Jeff Tweedy.

“It’s great to see that there’s a heavy hitter in the music industry that supports that cause,” said Story.

And now the sold out benefit concert will continuously strike a chord with Parlak whenever he faces hardship.

“That by itself explains a lot about our community and it’s just hard to explain in words, said Parlak.”

Parlak currently has a 90 day extension protecting him from deportation set to expire in March.

He and his lawyers are appealing to re-open his case.