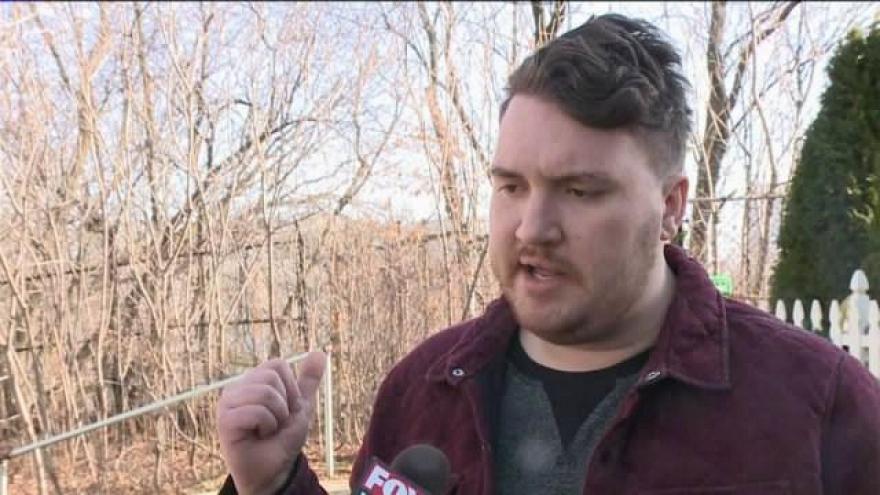 Milwaukee, WI -- Milwaukee County Sheriff David Clarke is defending himself after an incident with a passenger at General Mitchell International Airport. A Milwaukee man filed a complaint with the county claiming he was harassed by Sheriff Clarke following a flight home from Dallas on Sunday, January 15th.

The 24-year-old Milwaukee man involved in the incident said he and Sheriff Clarke only exchanged a few words with each other before their encounter took a turn.

Sheriff Clarke said what happened was in his legal authority. The Milwaukee man called Clarke's response to the incident "unprofessional."

"I Snapchatted the part of me being escorted out because I knew people would be like, 'you are making this up,'" said Black.

In the complaint Black filed with the county, he alleges he saw Clarke dressed in Dallas Cowboys gear while on the flight.

"Foolishly I asked him, 'Are you Sheriff Clarke?' He responded 'yes,' so I shook my head a little bit. From behind I hear 'you have a problem?' I shook my head again and I kept moving," said Black.

But that wasn't the end of it.

Once the plane arrived, Black claims six uniformed deputies, Sheriff Clarke and two bomb/drug dogs were waiting for him, and he was interrogated.

"They asked me why I was in Dallas, what my views of Sheriff Clarke are. What I said to him. What remarks I made to him," Black said.

Black said the incident intimidated him, but he was not going to let it go unreported. He said it left him feeling like "a victim of the sheriff's abuse of power."

On Wednesday, January 18th, Sheriff Clarke responded to the allegations by posting a copy of the complaint on his Facebook page with the following statement:

"Next time he or anyone else pulls this stunt on a plane they may get knocked out. The sheriff said he does not have to wait for some goof to assault him. He reserves the reasonable right to pre-empt a possible assault."

The response left Black with more questions than answers.

"It's just completely unprofessional," said Black. "Why wasn't I escorted off the plane in Dallas, if he was really threatened? Why didn't security talk to me? Why did we wait two hours for him to confront me?"

Black had no comment when asked if he was planning to hire a lawyer. He said he posted this incident to Facebook because he wanted to inform his immediate community. He said he never expected the media attention that has followed.