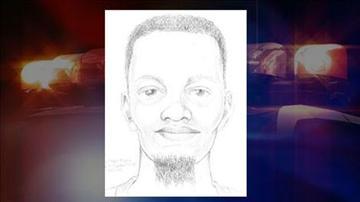 ELKHART COUNTY, Ind. -- The Elkhart Sheriff's Department has released a sketch of a suspect in the October 2 sexual assault of a 50-year-old woman.

According to deputies at approximately 7 a.m. on October 2, 2013, they were called to a home in the 52000 block of Brookstream Circle to investigate the sexual assault of a 50-year-old woman by a black male in his late 20s to early 30s.

The incident happened around 5:30 a.m. in the victim's apartment.

Investigators have released a composite sketch of the suspect created by an Indiana State Police sketch artist. He is described as a black male, 6-feet tall, thin build, late 20s to 30s, goatee and short hair.

Click here to open a larger image of the suspect.