Congressmen Upton, Banks aboard train that hit truck in Virginia

The driver of the truck died as a result of the crash. Six patients, including one in critical condition, were taken to the UVA Medical Center.

The train was taking republican lawmakers and their staff from Washington to The Greenbrier in White Sulphur Springs, West Virginia for a retreat.

Congressman Upton said he and his wife Amey were in the last passenger car of the 10 car train when they felt a big bump when the crash happened.

“It was a significant bump, more than just a normal, you know, back and forth motion. It was a big hit. We braked pretty quickly, but it wasn’t sudden. Again, it’s 10 cars. I was in car number nine and we’re literally right next to the crossing, so we stopped pretty fast," Upton said.

After the crash, Upton says some of the members who are doctors assisted the injured and the House Chaplain performed last rites on the person who died.

Upton estimated there were approximately 200 colleagues on the train, including staff.

The crossing arms were down at the time of the crash.

There was an engine on the back of the train, so it transported the train and its passengers back to Charlottesville. 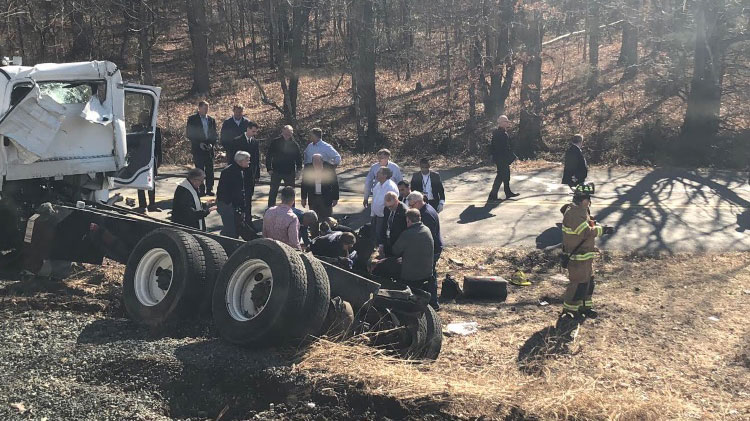