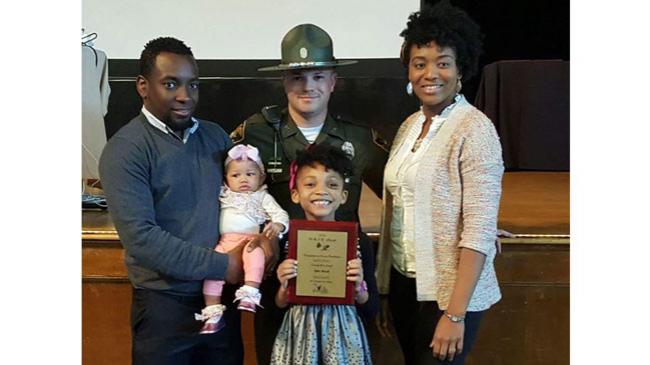 The photo was taken by the La Porte County Sheriff's Office at the site of a multi vehicle crash on US 20 on March 8.

An anonymous member of the public nominated Officer Brock for the award.

Brock met with the victim and her family after the accident and has kept in touch with them since the accident.

“I was just in the right place and the right time and can say with confidence that any other officer or first responder would have done the same thing” stated Brock.

The R.O.S.E. program started in May 1999, to highlight LaPorte County’s exceptional individuals who provide service above and beyond what they are required to do.

Officer Brock has served as an Indiana Conservation Officer for five years and currently lives and works in LaPorte County.